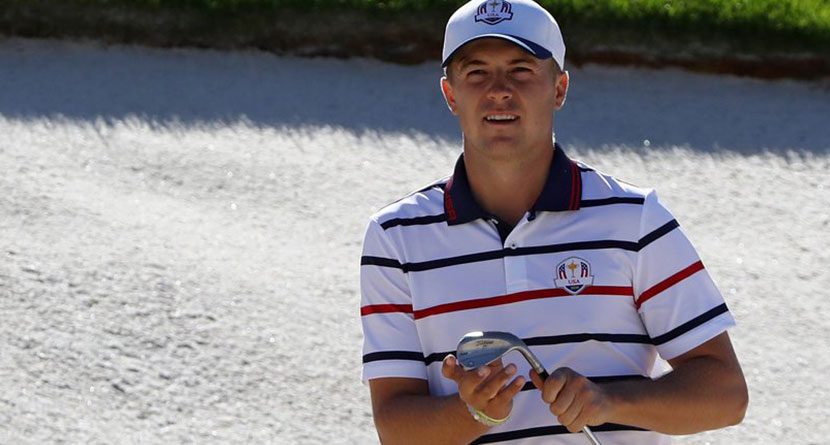 The 2015-16 PGA Tour season was by no means a failure for Jordan Spieth, but in comparison to his previous exploits, it certainly couldn’t be considered a success. While his struggles in the biggest events are often seen as a result of his collapse on the back nine on Sunday at the Masters, Speith points even further back to the offseason leading into his 2016 schedule.

Talking to Golf.com’s Art Stricklin last week in Dallas, Spieth laid out what he believes affected him last year, and what he’s changing in 2017 to guard against those same pitfalls.


“I just wanted an offseason. I needed some time off,” Spieth told GOLF.com last week at the opening of Trinity Forest Golf Course in Dallas, the future site of the PGA Tour’s Byron Nelson Championship in 2018 and home course of Spieth’s longtime teacher, Cameron McCormick.

Spieth said the only events he intends to play the remainder of this year are the Australian Open, which he won in 2014 and tied for second in a year ago, and the Hero World Challenge, Tiger Woods’s tournament, in early December.

“We’ll just see how it goes from there,” Spieth said. “I might do more, but I want to take it slow and see what happens.”

That’s a marked departure from his schedule a year ago. After his landmark 2014-15 season, Spieth circled the globe in search of tournament wins, exposure and appearance money. He played in five tournaments in five different countries from November 2015 to January 2016, with two separate trips to Asia. Last spring he admitted he was run down.

“I don’t need that,” Spieth said of his extensive travels. “I didn’t miss it at all.”

Spieth has greatly pulled back his holiday travel schedule, planning to only play in Australia next week at the Australian Masters, his first stroke-play tournament since the Tour Championship in September. Then, the only other tournament golf he has scheduled in 2016 is the 18-man Hero World Challenge in the Bahamas at the beginning of December.

Once the calendar flips, Spieth will defend his title at the Hyundai Tournament of Champions at the beginning of January before easing his way into the 2017 slate.