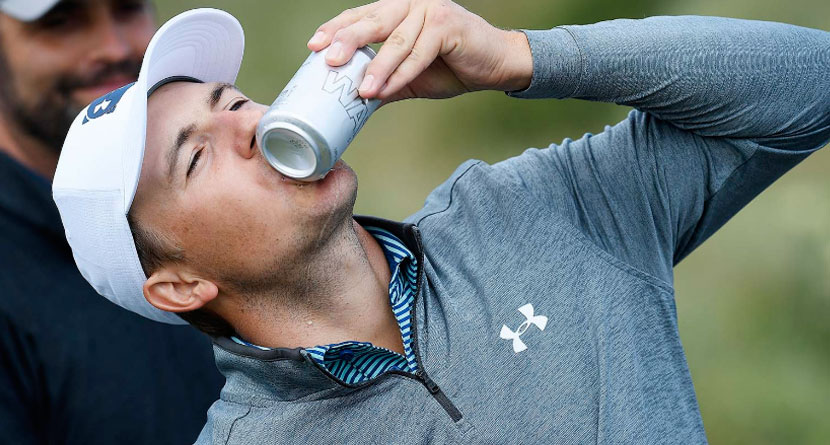 Jordan Spieth has been a household name in professional golf since bursting onto the scene with his first PGA Tour victory in 2013 at 19 years of age, so it’s easy to forget that he’s still just a guy in his mid-20s.

Golf fans were reminded of that fact on Monday at the 148th Open Championship at Royal Portrush when Spieth and Xander Schauffele’s caddie, Austin Kaiser, also a guy in his mid-20s, took part in some typical shenanigans that guys their age typically engage in.

At Royal Portrush this week, the ubiquitous water coolers that populate Tour events are filled with canned water, which gave Spieth and Kaiser a great idea: they should do a chug-off.

Typically done with cheap beer on college campuses, the pair decided to “shotgun” them, which is when you poke a hole in the bottom of the can and pop the top to create a fast-moving chugathon.

Kaiser, a former teammate of Schauffele’s at San Diego State University, proved to be the better chugger as he slammed his water can down ahead of Spieth.

Perhaps the best part of the entire video is an inquisitive Jim Furyk looking on like a concerned parent at a graduation party. As a few fans commented in response to the post, you should never bet against a caddie in a chugging contest.