Spieth On Final Masters Round: Could Have Shot 59 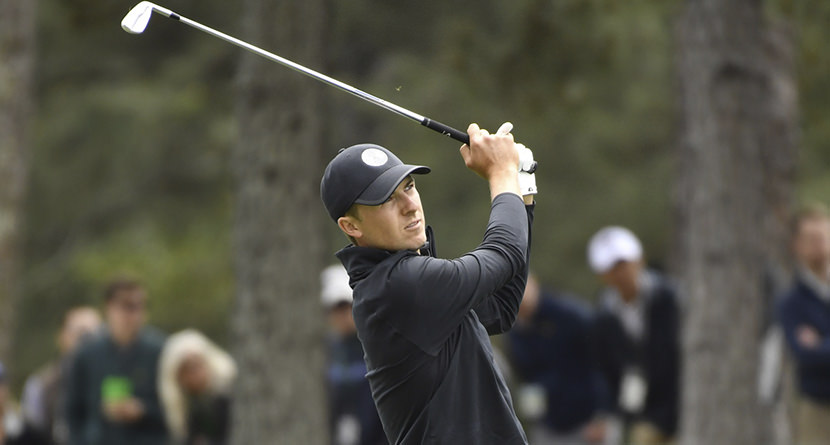 Jordan Spieth’s final round at The Masters earlier this month at Augusta National Golf Club had the makings to be the stuff of legend.

His final-round 8-under par 64 was one shot shy of the course record, which has been set by Nick Price and Greg Norman, and nearly was enough to catch eventual champion, Patrick Reed. Spieth finished the tournament in third place, two-strokes back of Patrick Reed.

It was a great run for Spieth on Sunday at Augusta National, but looking back over the tournament three weeks later, believes he could have done better.


Speaking at the Zurich Classic in New Orleans, where he will team up with Ryan Palmer in the two-man team event, Spieth felt his play could have yielded golf’s holy grail: a score of 59.

“I look back on it and I actually thought that I truly could have shot 59, without doing much more than making a few more putts,” Spieth told reporters on Wednesday at TPC Louisiana. “I gave myself the opportunities on each hole to shoot 59 that day, which is really, really cool.”

Spieth watched the Sunday coverage of the tournament to get a feel of how the day played out. It was like a film study for golf.

“I wanted to learn a bit from it,” Spieth said. “I felt like it was the best my swing has ever held up under the gun, especially my driving. So I wanted to kind of see what that looked like compared to other times and also I was interested in how it looked from the viewers’ perspective.”

Mickelson Once Blew Off a Young Spieth Looking For an Autograph

A 59 would have smashed the course record and been one of the great final rounds in major golf history. The three-time major champion is coming off strong showings at the Houston Open and then The Masters after some early-season struggles. He has taken the last two weeks off but appears ready for the heart of the golf season.

“I think I got on the right path,” he said. “I was kind of working on things throughout the year, thinking I was doing the right things, and I finally feel like I got the short game back on track in Houston and Augusta.”

The biggest change for Spieth is his putter. It abandoned him early in the season, but he seems to have found his touch again in the last month.

“To hit those kinds of putts under pressure and see some of those go in, I think it will be beneficial going forward this year,” Spieth added. “It very well could be a spark for a really solid year. I’m very pleased with the last couple of tournaments I’ve played and where I’ve come from the month prior to that.”