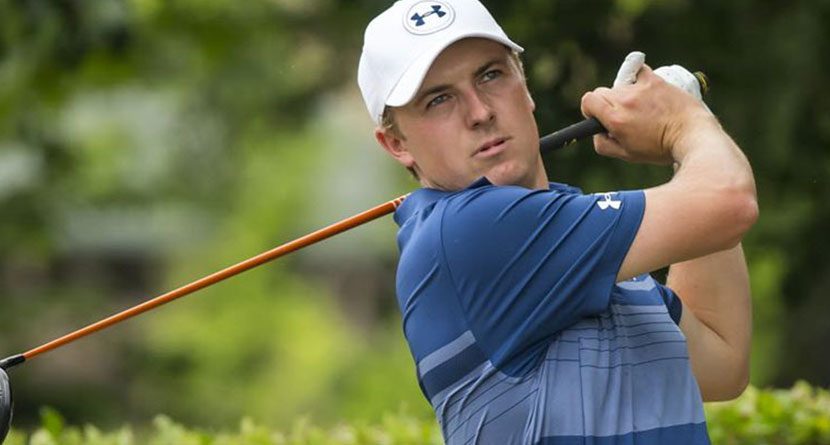 The longer that someone is out on the PGA Tour, the more they learn the value of consistency. Not only does that consistentcy enhance job security, but it also theoretically increases one’s earning potential on and off the course. For Jordan Spieth, stability in his golf bag is something he’s not willing to compromise.

Speaking with CNBC’s Jessica Golden during a media tour that included opening the new Under Armour Brand House in Boston, Spieth showed his cards as it pertains to how he sees himself as a soon-to-be equipment (non)free agent.

When Nike announced it’s getting out of the golf equipment business, Spieth said that caught many people off guard. “That was a bit of a shock when that came down,” he said. However, Spieth said his PGA tour colleagues sponsored by Nike, most notably, Tiger Woods and Rory McIlroy, enjoy the flexibility of playing with what they want. Spieth says they frequently talk shop to each other about the different equipment brands and clubs.


Despite that, Spieth has no plans to give up playing with his Titleist clubs. “I have played Titleist my whole life, so I just trust it,” he said. Acushnet, which owns Titleist, had an IPO this month. Spieth said he didn’t get any stock with the offering but he imagines he’ll be a shareholder at some point.

“In golf trusting what you are wearing and playing with is first and foremost so you don’t have to worry about anything but your game.”

Three primary reasons: one, he’s not helping his negotiating position going into a contract renewal. Two, he’s exhibiting unusual loyalty and foresight compared to many of his peers who made costly switches. And three, he doesn’t sound like someone laying groundwork for Under Armour to join the golf equipment industry.

Under Armour CEO Kevin Plank confirmed Shackelford’s third point during a later interview, and while Spieth may be softening his position heading into a contract negotiation, his already-robust income and star power are pretty good indicators that he won’t be hurting for money.