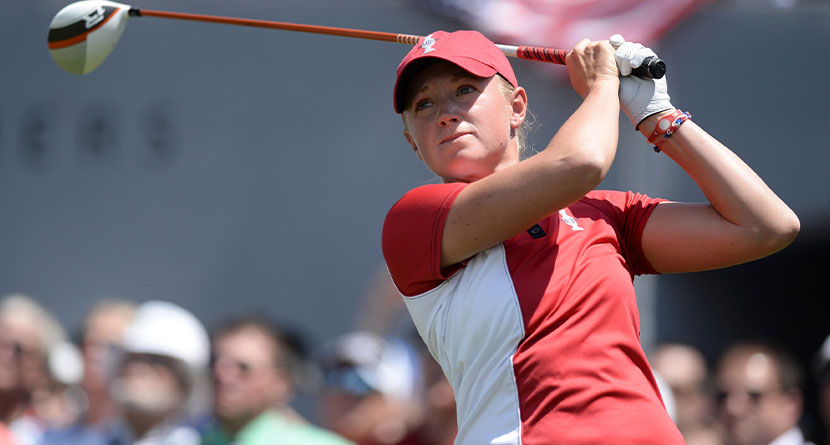 With Suzann Pettersen tabbed as the European Solheim Cup captain for next year’s matches in Spain, the United States had to promote someone who could match the fiery intensity of the Norwegian.

They did so on Wednesday, announcing that two-time major champion and four-time Solheim Cupper Stacy Lewis would lead the Americans into battle.

Lewis wants to be a playing captain

LPGA commissioner Mollie Marcoux Samaan told Lewis she was on the short list back in December and gave her the official news in early January, according to Golf Channel.

As you might expect from a 36-year-old Tour pro, Lewis has hopes of being a playing captain, and it’s not a stretch. Still ranked inside the top-50 in the Rolex Rankings, Lewis, a former World No. 1, has finished in the top-20 of all three events so far in 2022, including back-to-back top-10 finishes at the Gainbridge LPGA and LPGA Drive On Championship.