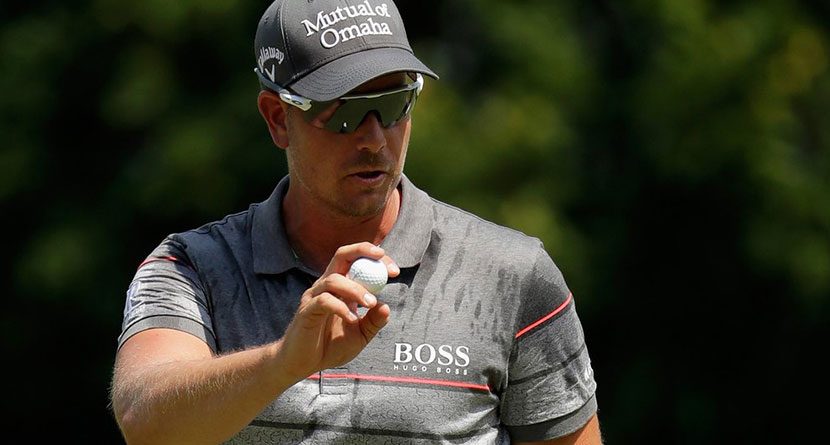 Open Champion Henrik Stenson isn’t afraid of much and he proved that again on Saturday in Rio during the Olympic men’s golf competition. While putting himself in position to compete for a gold medal, Stenson decided to have a little bit of fun with the local wildlife in Rio de Janeiro, quite literally poking a potentially dangerous caiman, the South American equivalent to an alligator or crocodile.

The entire scene was bizarre, but Stenson’s dry humor came through in his post-round news conference in which he explained what he was thinking, via Golf News Net.

“A little tickle with a lob wedge. I thought it could handle that, if it would have been twice the size, then you probably need to go into the longer irons,” Stenson said of the encounter on the 10th hole. “He wasn’t too big. He was facing the right way for me.”

If Stenson’s not scared of being chased down by an indigenous Brazilian crocodile, the weight of competing for a gold medal on Sunday should be no problem, either.