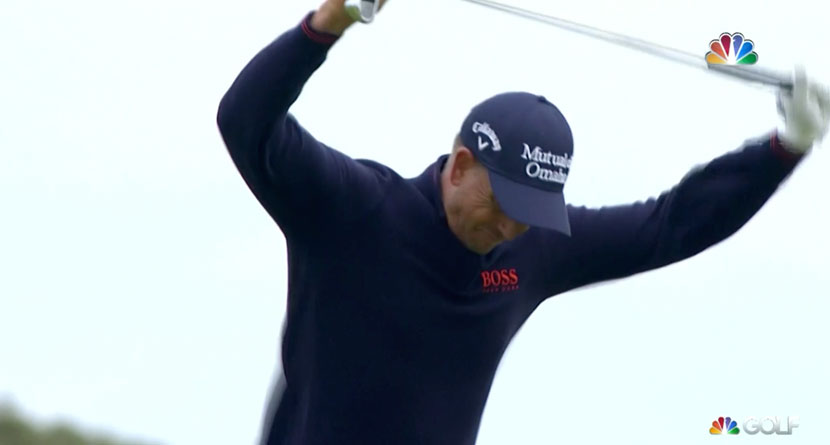 Sunday at the 148th Open Championship was a battle of attrition.

With brutal weather — even for Northern Ireland — expected to blow in, the R&A moved up tee times for the final round of the final major of the season. As a result, the players playing the best this past week had to deal with the worst of the conditions on Sunday afternoon.

Given the high winds and rain, elite ball strikers seem to fair well. As Henrik Stenson has shown over the years, when he’s on, he can cave in the sweetspot of a club, but a little wind and a loose swing can expose the small distance between the center of the clubface and the hosel.

Stenson has been no stranger to the hosel rocket over the years, and golf fans know that his temper can run short at times. On Sunday on the 17th hole at Royal Portrush, both those flaws were on full display.

Stenson would go on to make a bogey on the hole, the second in a three-bogey stretch over the final three holes of the championship that would move him from a top-10 finish at 4-under par to a T20 finish at 1-under.

For those wondering what those closing three bogies cost the 2017 Champion Golfer of the Year, the drop-off is in the $131,000 range — enough to make you want to snap a few more clubs.