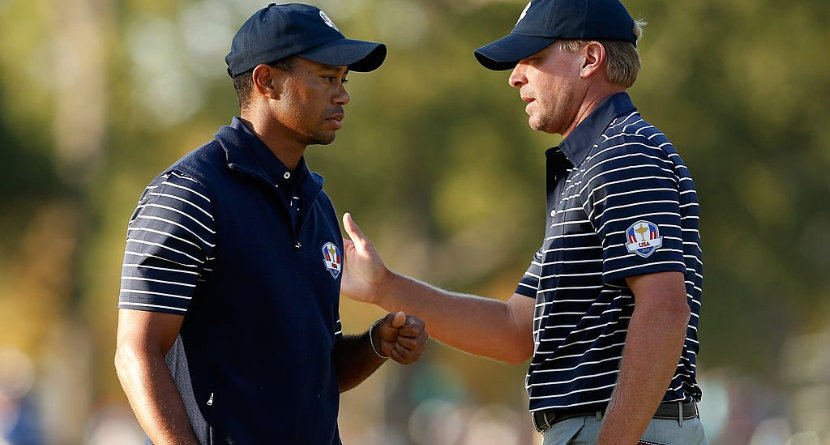 Everybody and their mother has an opinion on Tiger Woods, but the ones that come straight from the source are the voices we should be paying attention to. On Tuesday, U.S. Presidents Cup captain, Steve Stricker, was on site at the Valspar Championship to announce that Jim Furyk would be the fourth assistant captain on this year’s team, joining Davis Love III, Fred Couples, and Tiger Woods. Naturally, he was asked about the health of the 14-time major winner and his judging by his response, it doesn’t sound too promising.

According to Golf Channel’s Will Gray, the two haven’t seen each other in person but have exchanged texts since his latest WD in Dubai. “He’s working hard at it, but I don’t think he’s doing that well right now physically,” Stricker said.

After watching Woods shoot 77 in his opening round in Dubai, Stricker noticed something was still clearly wrong.

“Just the way he was walking didn’t quite look right. He was walking really gingerly,” he said. “It didn’t really look physically like he was ready to play.”

“Obviously he has to get his body right first before he can compete,” Stricker continued. “Then it’s going to take some time I think for him to come back believing in his swing and trusting in his ability again.”

Woods has until Friday to commit to the Arnold Palmer Invitational where he has won seven times. Plus, the Masters is now less than a month away. Of course, none of this matters if Woods still can’t stand up.