Im Gets Insanely Lucky Bounce Out Of Water Onto Green 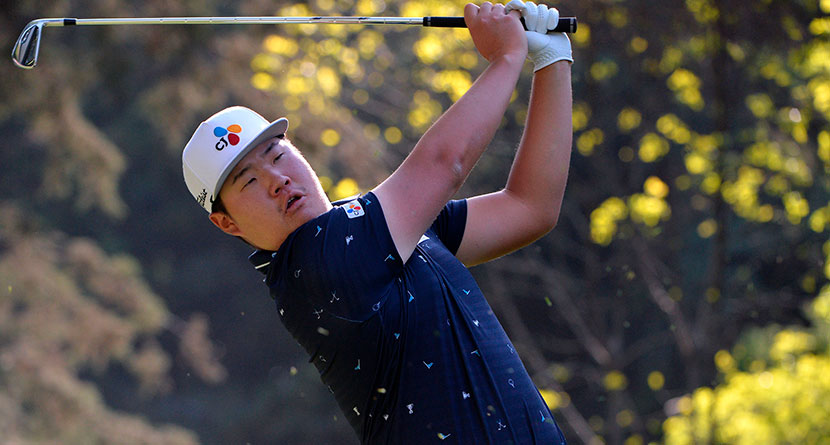 Sungjae Im has proven to be one of the most fascinating people on the PGA Tour today.

The 21-year-old South Korean plays golf like a machine. Teeing it up in 35 PGA Tour events last season, and already having played in 12 events in the 2019-20 season, Im travels from Tour stop to Tour stop without a home-base in the United States.

The reigning Rookie of the Year goes from hotel to hotel with his parents in tow, racking up top-10 finishes and world ranking points to the extent that at 21 years old, he’s established himself as one of the best young players in the game.


As the old saying goes, however, sometimes it’s better to be lucky than good. That was certainly the case on Friday afternoon at the WGC-Mexico Championship.

Playing the 223-yard par-3 7th hole with water fronting the green, Im struck a shot that seemed destined for the water. The shot, however, improbably bounced out of the water and up onto the green about 25 feet from the hole.

“Woah… woah,” David Feherty blurted out as Im’s ball bounced from the water. “The backswing was the only thing that was deliberate there, I can assure you. I think that must have (hit) the concrete liner as well as the water.”

Im was unable to pay off the lengthy birdie attempt, but he did salvage a par on a hole that seemed destined for bogey or worse. Im would go on to finish in a tie for 29th place.

It should come as no surprise that he is also in the field this coming week at the Honda Classic.