The Medalist Tax: What Do Olympic Golfers Owe? 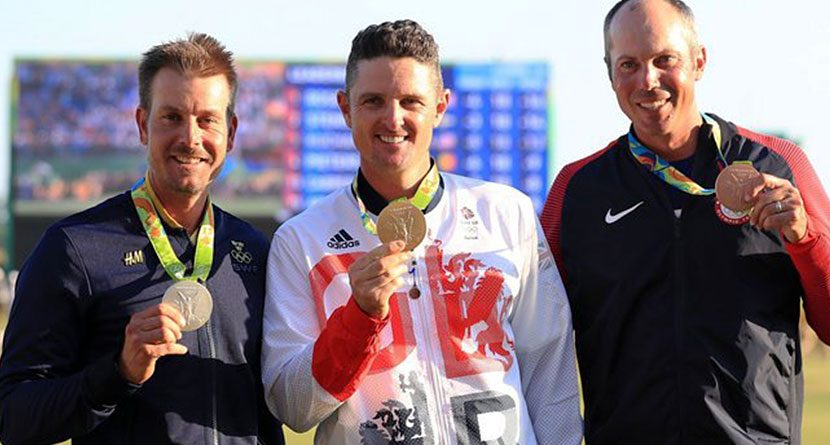 Every two years at the Olympic Games, we’re reminded of the purity of the athletic endeavors that the athletes are embarking upon. Sure, there are a number of inspirational stories about a pole vaulter who works two jobs to pay for his training or an ice luger who pulls third shift to accomodate her training schedule, but for the men who competed in golf’s return to the Olmypics this past week, that’s not an issue.

Consider the three medal winners in Rio: Justin Rose, Henrik Stenson and Matt Kuchar. Between them, the trio has earned more than $132 million (!) in on-course earnings over their careers. Those nest eggs help when you’re weighing the decision of playing for a week without pay for your country. But, as it turns out, there is some money involved in the Olympics, as GolfDigest.com’s Alex Myers explains.


According to CNN Money, a gold medal has a value of about $564 and a silver goes for $305. A bronze is actually deemed to be worth a negligible amount, so good news for Kuchar, he doesn’t owe any taxes on the medal itself.

But then there’s the prize money. Again, contrary to popular belief, there are monetary prizes at the Olympics, which come in the form of bonuses that are determined by each country. The U.S. falls on the lower end of this scale — in part because it has to pay out so many athletes — but Americans still get $25,000 for a gold medal, $15,000 for silver and $10,000 for bronze. So Kuchar will have to pay taxes (probably about $4,000) on his bonus payout.

It just so happens that Great Britain and Sweden are two of the only countries that don’t offer Olympic bonuses to their athletes. That means Justin Rose and Henrik Stenson will have to be satisfied with just taking home their medals.

So, from a money-only perspective, Kuchar came out the big winner among male golfers netting around $6,000 dollars compared to Rose’s $500 and Stenson’s $300. Now, these poor saps will head back to their houses in gated communities to prepare for the $10 million FedEx Cup Playoffs.

I’m not sure if I was too tired or I just did not want to change last night!