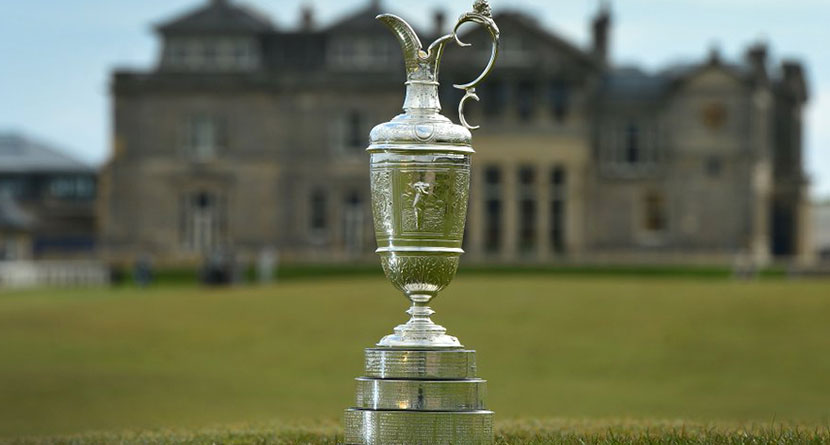 Report: Open Championship To Be Canceled

Breaking News: The 2020 British Open will be canceled, sources tell Golf Digest. Announcement could come as early as Thursday. https://t.co/qBbDzDeOUY

With Wimbledon being canceled on Wednesday, golf fans were expecting a quick follow-up from the R&A and it came on Wednesday evening in the form of a report from GolfDigest.com’s Joel Beall and Brian Wacker.

“The R&A is expected to cancel the 2020 Open Championship, multiple sources tell Golf Digest,” the report said. “The decision, which could be announced as early as Thursday, comes after the All England Club canceled the Wimbledon tennis tournament (scheduled for June 29) on Wednesday. Sources told Golf Digest last week the R&A was awaiting the decision on Wimbledon before proceeding.”

The reason for cancelation, as opposed to a postponement, comes down to insurance, the sources revealed.

“The R&A is the most (insured) of all the tournaments,” the source told GD. “They have complete cancellation insurance. I just don’t see any golf (being played) before August.”

Set to begin on July 16 at Royal St. George’s Golf Club, the Open Championship signifies the latest calendar event to be canceled due to the coronavirus outbreak. As of this writing, the Charles Schwab Challenge on the PGA Tour, scheduled to begin May 21 has yet to be postponed or canceled.

The Open Championship is set to return to the Old Course at St. Andrews for what was to be the 150th playing of the event.

Here’s my buddy @pgatour player @JustinThomas34. Is this the most captivating video? No. Is it relatable to 75% of the men that will see it? Yes. Yes, it is. Justin, we can DM about who to go see. Also, I did the @JordanSpieth line per your request so now make a donation! pic.twitter.com/bwzAhCgPyB

Practice makes perfect, and Joe Buck is going above and beyond during the coronavirus pandemic to keep his play-by-play chops sharp during the layoff.

“I have good news for you,” Buck tweeted last week. “While we’re all quarantined right now without any sports, I’d love to get some practice reps in. Send me videos of what you’re doing at home and I’ll work on my play-by-play. Seriously!”

Enter Justin Thomas, who at 26 years old, is coming to grips with the reality of aging. As someone who has dealt with MPB, Buck lets Thomas down easily, while also taking shots at himself and Jordan Spieth in the process.

“He’s surveying the situation from the day before, the damage from the night’s sleep,” Buck begins. “He’s trying to put every follicle in its place.

Golf Gets Its Own Jeopardy! Category

The only way I would stand a chance at Jeopardy. pic.twitter.com/sxNFpgyXyf

Watching Jeopardy! is a practice in patience — constantly waiting for a category or two per episode that you know down pat so that you can scoff at the very well-rounded smart folks competing on TV with a “psh, I can’t believe they don’t know this.”

That’s what happened for golfers on Monday night when a full category was dedicated to the game we love. Let’s see how many of the clues you would have gotten. (Answers at the bottom of the Pin Sheet).

Schauffele Has “Lost Purpose” During Shutdown

Lot of folks here pointing out Xander’s financial standing & his security relative to those who are (actually) unemployed. I took it as insight on the notion that even those who can sustain the financial blow aren’t immune to a lot of the emotions that many of us feel right now. https://t.co/R4TAizCtd6

Understanding that everything has its own context, Xander Schauffele’s comments in a conference call on Wednesday with reporters gave an insight into how even someone with plenty of money in the bank and job security has been impacted by the coronavirus outbreak.

“I’m just trying to be a law-abiding citizen here and just do my part, I guess,” Schauffele said from a two-bedroom apartment in California where golf courses were shut down by order of the governor. “I haven’t completely lost it, but sort of speaking for myself, I’ve lost a sense of purpose for a little bit of time here in terms of work, I guess. Feeling unemployed and with no date in terms of us coming back.”

Schauffele isn’t holding his breath, however. The cancelation of Wimbledon on Wednesday signified to him that he’ll be inside for a while, but the work he’s put in over the years has him confident that he’ll be ready to contend as soon as golf comes back.

“I feel like I’m at a state where I can pick up my clubs and play whenever,” he said. “It’d probably take two weeks for me to feel really confident, I guess, to not back down from anything. But if I had to go tee it up in a Tour event tomorrow, I think I wouldn’t feel uncomfortable overall. I’d have the belief that I could do it.”