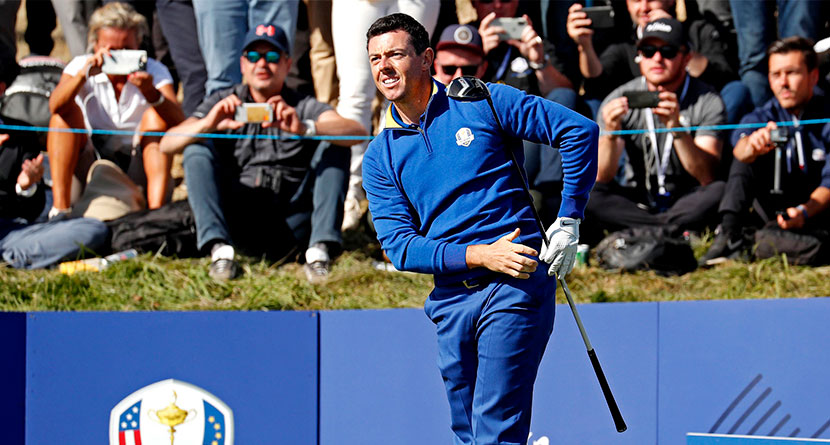 Rory McIlroy: “Having a Ryder Cup without fans is not a Ryder Cup.” Says he’d much rather see it get postponed than played without fans. pic.twitter.com/1RFXGSv5KW

What does Rory McIlroy call a Ryder Cup without fans?

Speaking on Tuesday on a TaylorMade Instagram Live stream, McIlroy advocated for the Ryder Cup to be pushed back a year should the alternative be a fan-less experience at Whistling Straits in September.

“That’s from a European, going to America, knowing that I’m going to get abuse,” McIlroy said. “Obviously it would be better for Europeans to play without fans because we wouldn’t deal with some of the stuff that you have to put up with, but at the same time, it wouldn’t be a great spectacle. There would be no atmosphere.

“So if it came to whether they had to choose between not playing the Ryder Cup of playing it without fans, I would say just delay it a year.”

Colonial Revving Up For Huge Year

The Charles Schwab Challenge and Colonial Country Club is preparing to host the first major sporting event in the United States in almost three months during the second week of June, and along with it could come one of the tournament’s best fields ever.

“I expect a strong field, if not the best field Colonial has ever had,” Colonial member and PGA Tour pro Ryan Palmer told GolfChannel.com. “I had a lot of conversations with the folks at Colonial; as far as the testing and protocols, we are in the talks right now. In the next week or 10 days they are going to lay out the guidelines,” Palmer said. “If we are all given the go, Colonial will do the right thing.”

Flying under radar: women’s #golf in Korea will return in May. #KLPGA Tour announced last Thursday that season will resume with KLPGA Championship (major) on May 14. KLPGA had season opener in Vietnam in December. but no tournament since.

Some of the LPGA Tour’s biggest stars hail from Korea, and while the LPGA Tour’s United States base deals with the effects of the coronavirus pandemic, some of those players are planning to head back to Korea for the restart of the KLPGA Tour in mid-May.

Ten-time LPGA winner Sei Young Kim and reigning U.S. Women’s Open champion Jeongeun Lee6 are planning to tee it up at the Korean LPGA Championship with the KLPGA Tour looking to resume play May 14-17, according to a Yonhap News report Tuesday.

According to the report, Rolex world No. 3 Sung Hyun Park and No. 13 Hyo Joo Kim are also considering playing the event.

South Korea reported eight new cases of COVID-19 on Sunday, the first time in two months the daily figure was in single digits.

The R&A and EGA have cancelled the 2020 St Andrews Trophy at Royal Porthcawl in July due to COVID-19.

The latest cancelation due to the coronavirus pandemic is one of the most prestigious amateur events in Europe. The St. Andrews Trophy, which pits players from Great Britain & Ireland against the rest of continental Europe was canceled by the R&A on Wednesday.

“We made this decision to protect the health and wellbeing of the players and everyone involved in the St, Andrews Trophy and it is the right thing to do,” Duncan Weir, Executive Director – Golf Development and Amateur Championships at The R&A, said in a statement. “We are grateful to Royal Porthcawl for the club’s support and understanding. We look forward to playing the next match in Slovakia.”

The biennial event will next be played at Penati in Slovakia in July 2022.