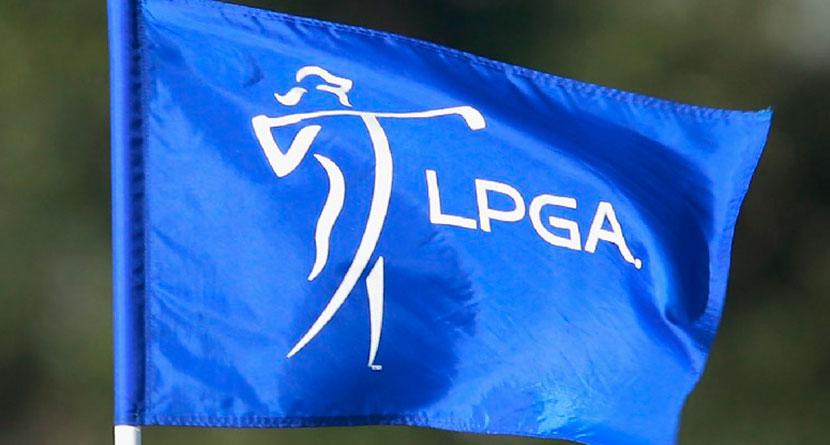 By rescheduling ALL of our original June @LPGA events, we were able to move back (from mid-June) to a mid-July restart without further impacting the number of LPGA official events/starts. https://t.co/HJoQqeuNrs

Another day, another schedule update.

On Wednesday, the LPGA Tour announced that it would be postponing its restart date to mid-July and five additional tournaments would be canceled in 2020.

“One thing that has become clear is that there will be no ‘opening bell’ regarding a return to safe play in this new normal of the COVID-19 pandemic,” LPGA Commissioner Mike Whan said in a statement. “To be honest, being ‘first’ has never been the goal when it comes to returning to play in this new normal. We have built a schedule that we think is as safe as possible given what we know about travel bans, testing availability, and delivering events that our sponsors and our athletes will be excited to attend.

“While July seems like a long way away, we are certainly aware that restarting our season in Michigan, Ohio and New Jersey will require a continued improvement in the situation in each of those states.”

The pandemic has now affected 22 of the LPGA’s 34 events, with nine canceled and 13 rescheduled.

A call with the White House that featured a handful of golf’s power brokers took place on Tuesday detailing the latest on testing and sports’ role in the government’s plans to reopen the nation. Seema Verma, a member of the White House coronavirus task force and administrator for the Centers of Medicare and Medicaid Services, led the call.

Present on the call were representatives from the PGA Tour, LPGA Tour, PGA of America and Masters Tournament, according to ESPN.com, as well as major players from other professional sports. Among interest to golf fans was Big 12 commissioner Bob Bowlsby’s comments following the call.

“They just told us what they knew, and told us they were anxious to help in any way they could,” Bowlsby said. “We learned that there were likely going to be a lot more tests available, both the antibody tests and point of contact tests, which was a good thing for all of the pro guys and colleges.

“They said the number of tests was going to go up dramatically in the coming months. They thought we were going to have the necessary tests to do what we needed to do.”

The PGA Tour reportedly has made a massive order for COVID-19 tests in an effort to resume their halted season in mid-June, but Colin Montgomerie isn’t too keen on where those tests could be going given their alternatives.

“They are talking about a million tests over the course of the year,” he told The Scotsman. “If they are going spare, then by all means. But you do feel that somehow those million tests could be used for frontline workers more than for us. Every one is not getting tested yet and frontline staff around the world should be tested first before we get anything.

“It’s a shame in many ways that golf is first to go. We are not really following anybody. We are first to go and, if it does spike up or go wrong – if one of the players contracts this virus or one of the caddies or volunteers among the 600-odd people they say have to be on-site at these tournaments even without a crowd – what happens then?”

We know you’re looking forward to getting back out on the course⛳️ We’re working with golf bodies to develop guidance on playing golf in the UK when the government begins easing restrictions. https://t.co/kcTSPrdrjT

All golf courses in the United Kingdom have been shut down since a March 23rd order, but a light at the end of the tunnel has appeared as the R&A released its guidelines for how golf should be played once the government relaxes its current restrictions.

Many of the guidelines will seem familiar to those following along in the United States — think no bunker rakes, flagsticks remaining in holes, hole liners above the surface, etc. — but earlier reports offered an insight into what the R&A was thinking prior to officially releasing their guidelines.

According to Bunkered.com, provisions that were in earlier drafts included playing in twosomes, prohibiting golfers from picking up stray balls, one-golfer limits in pro shops and using multiple teeing grounds to encourage social distancing.