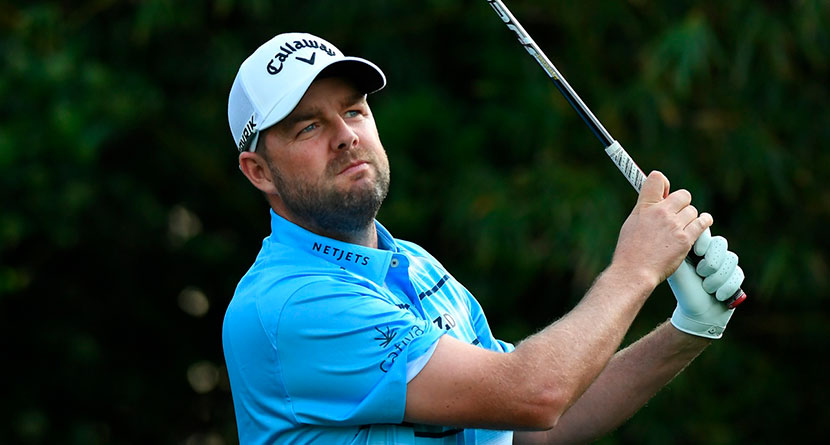 Move over Tiger and Phil; Steve Elkington and his Secret Golf crew are coming to sports’ fans rescue with PGA Tour player matches during the coronavirus quarantine.

The matches will be played at a private course and not be open to the public, although television negotiations are ongoing.

“We’re going to ham it up,” Elkington said. “You never get to hear what the Tour player is thinking right after he hits a shot. We’re going to ask them what happened – good or bad?”

Masters has officially added top-50 guys based on frozen rankings. GMac, Morikawa, Scheffler and Bezuidenhout are in. November field is set at 96 and ANGC has confirmed that any tournament winners this summer/fall will qualify for 2021 event. https://t.co/40fiGrFHNp

According to a report from GolfChannel.com’s Will Gray, the rescheduled November Masters will feature the same field under the same criteria it was supposed to have this week.

“Shortly after announcing new ‘intended dates’ of Nov. 9-15, tournament officials made four additions to the 2020 field based on the Official World Golf Ranking,” Gray wrote. “The final qualifying criteria was to be the top 50 in the world on March 30, but instead the most updated world rankings, which were frozen on March 20, were used.”

Four players secured their spots in the field via the frozen rankings: world No. 44 Collin Morikawa, No. 45 Scottie Scheffler, No. 47 Christiaan Bezuidenhout and No. 49 Graeme McDowell.

“We would not be adding players to the field between now and the November event,” an Augusta National spokesperson told GolfChannel.com. “Those would be picked up by the 2021 tournament, per our usual qualifications.”

Tiger Woods’ 2019 Masters victory is one of those “where were you when…” moments in history. As such, ESPN.com compiled reactions from big names from the world of sports and entertainment to recount what stuck out to them about the victory.

“Whenever he’s in the mix, things get exciting and you get glued to that TV. So Saturday and Sunday, we had four kids running around. I got to a soccer game and pretend like I’m filming my daughter but I’m really streaming and watching the Masters and Tiger.”

“We watched the final three holes as a team (the Golden State Warriors). We were scheduled to start practice at whatever time and Tiger is finishing the final three holes and it looks like he’s going to win, so instead of watching film, we watched the last three holes. It felt like we were watching something monumental, something historic, something athletically that was really unique. So it felt bigger than a practice. We were all cheering for him. It was a pretty cool moment to watch it as a group, because it was such a good metaphor for any athlete to the resilience of the competitive desire that he showed to win the Masters in that fashion.”

Six-time Masters champion @jacknicklaus joins @damonhackGC to weigh in on his success at Augusta National and why he thinks a November Masters will give @McIlroyRory an advantage as he seeks the career grand slam! pic.twitter.com/LqROlgOnCQ

Jack Nicklaus went remote on Morning Drive on Wednesday to discuss the new schedule, and specifically, the Masters moving its event to the fall.

“I didn’t expect the Masters to even be played. I didn’t think it could be adjusted to it,” Nicklaus said. “But to be played in November is obviously better than no Masters. The golf course will be especially overseeded, unless they decide to wait until after the Masters to overseed it. So the playing conditions will be different. Obviously it won’t have any flowers. But the greens will be fine, and the Masters will be good.

“(Rory McIlroy) seems to play better in the fall. As you know, he’s won the Tour Championship a couple times. Played in Atlanta, very similar conditions. I think this scheduling will be to Rory’s favor.”