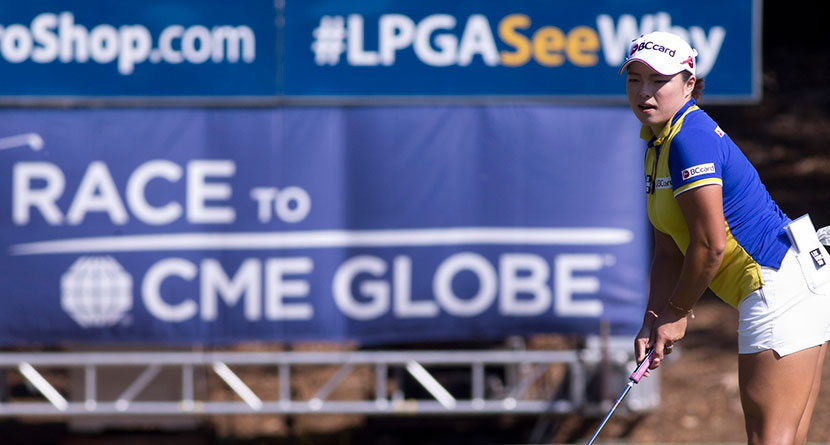 Due to the continued health concerns and recent advisories surrounding the coronavirus in some Asian countries, the LPGA and its partners have made the decision to cancel the 2020 Honda LPGA Thailand and the 2020 HSBC Women’s World Championship in Singapore.

The LPGA Tour announced on Sunday that due to ongoing health concerns in Asia as a result of coronavirus, they have canceled the Honda LPGA Thailand (Feb. 20-23) and the HSBC Women’s World Championship in Singapore (Feb. 27-March 1).

These two events join the Blue Bay LPGA, which was scheduled to be played on China’s Hainan Island March 3-5, as canceled events due to the outbreak.

“It is always a difficult decision to cancel events and the LPGA greatly appreciates the understanding and all the efforts made by our title sponsors (Honda and HSBC) as well as IMG to host incredible events for our players,” the LPGA Tour’s statement read. “The health and safety of our players, fans and everyone working on the event is always our highest priority. While we are disappointed that these tournaments will not take place this season, we look forward to returning to Asia soon.”

These three tournament cancelations mean the LPGA will not return to Asia until the Olympics in August, and there will be an unexpected break following this week’s Women’s Australian Open. The Tour schedule will pick back up on March 19 at The Founders Cup in Arizona.

The new world rankings. As expected, Rory is now at the top and Jordan Spieth is back inside the top 50. And we have a big week ahead at Riviera. @McIlroyRory @JordanSpieth pic.twitter.com/o0ekrJYbtG

It was a busy weekend for big names in the Official World Golf Rankings. As expected, Rory McIlroy supplanted Brooks Koepka as the game’s top-ranked player, while Jordan Spieth’s exceptional final round at the AT&T Pebble Beach Pro-Am did enough to get him back inside the top-50 in the world, squeezing in at No. 49.

Phil Mickelson required a T2 to slide back inside the top-50 in the world two weeks ahead of the first World Golf Championship of the year, but a solo third-place finish kept him on the outside looking in at No. 55.

Jason Day’s 4th-place finish was enough to secure his ticket to Mexico, moving him up eight spots into 38th in the OWGR

Taylor Holds Off Star-Studded Chasers To Win At Pebble

The first Canadian to win the @ATTProAM. ??

Nick Taylor won on the PGA Tour for the second time, holding off final-round playing partner Phil Mickelson and a litany of others who made ill-fated runs at the 31-year-old Canadian over a windswept Pebble Beach.

Taylor entered the final round with a one-shot lead over Mickelson, but a 4-under par front nine ballooned his lead to five heading for the incoming nine. Taylor stumbled a bit making back-to-back bogeys on Nos. 11 and 12 and then doubled the par-5 14th hole, but he was far from alone in having trouble navigating the 40-mile-per-hour gusts.

His lead never shrunk to less than two, and a chip-in birdie on the par-4 15th was all the cushion he needed.

“That was amazing,” Taylor said. “I believed I could do it because I’ve done it before. But to do it in that fashion, playing with Phil, gives me a lot of confidence going forward.”

“It’s disappointing certainly to have not won, but I got outplayed,” Mickelson said. “I mean, Nick played better than I did. He holed a couple of great shots. That eagle on 6, the putts he made on 4, 5 and 7 … he just really played some great golf.”

Lee Makes It Three For The Family At The Vic Open

Brother and sister’s names are now both on the #VicOpen trophy. pic.twitter.com/K79ms3s2p3

It’s hard to imagine that a former U.S. Junior Amateur champion would be struggling to keep up with his big sister, but that’s the dynamic that Min Woo Lee has found himself in. On Sunday, the 21-year-old Australian joined his sister, Minjee Lee (she won the U.S. Junior Amateur as well), by putting his name on the Vic Open trophy thanks to a two-shot win over Ryan Fox.

Minjee, the ninth-ranked player in the world, was fresh off of a 6th-place finish in the women’s event, which was held on the same course as the European Tour’s event, and watched on with her phone out taking pictures like a proud big sister. Minjee has won the Vic Open twice, first in 2014 and again in 2018.

“I was super, super proud of him,” Minjee said. “It was really cool to just even be here with him and even watch him the last two holes. Just to see him play, I haven’t really seen him play that much, so to be able to have a win here is really cool.”