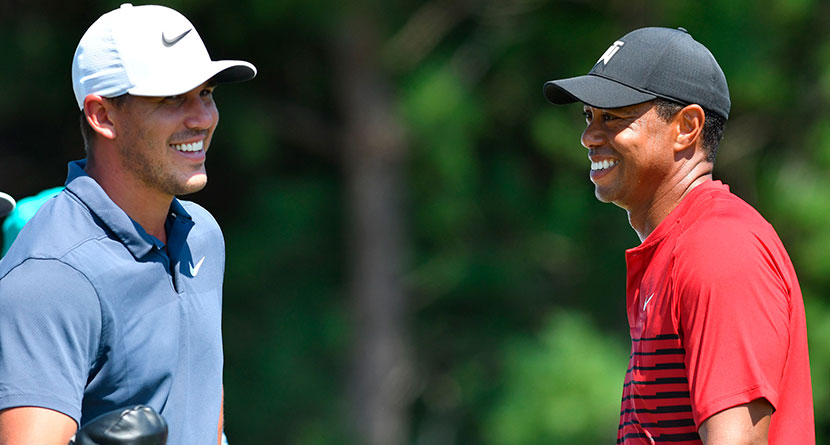 No Tiger next week in Mexico. Officially.

Coming off an elevated-status Genesis Invitational that drew nine of the top-10 players in the world to Riviera Country Club, the first World Golf Championship of 2020 — what with its no cut and guaranteed paycheck — could only manage to get six of the top-10 in the world to make the trip to Mexico City.

More likely than not, the tournament’s lack of star power isn’t an indictment on the event or the venue, but instead its place on a crowded schedule of marquee events in the build-up to the first major championship of the season.

With the West Coast Swing wrapping up, which included strong fields two of the last three weeks at Torrey Pines and Riviera, and the Florida Swing up next, which includes a hometown event for many of the game’s top players at the Honda Classic, another elevated-status event at the Arnold Palmer Invitational and The Players Championship in consecutive weeks, there’s no rest for the upper-echelon weary.

After The Players, in the four weeks leading up to the Masters, there is another WGC event, the Dell Match Play, situated the last week of March, which will give top players a convenient final tournament tune-up before the first major of the season.

Tony Romo Teeing It Up In Another KFT Event

We are so excited to announce that former Dallas Cowboys quarterback Tony Romo will be competing in the Korn Ferry Tour’s Veritex Bank Championship at Texas Rangers Golf Club in Arlington April 16-19!

“I am very excited about the opportunity to play at the Veritex Bank Championship against the future PGA Tour stars,” Romo said in a statement. “Playing in the shadows of AT&T Stadium and having the tournament in my own back yard will be great. I have been working hard on my game and hope to make at little noise during the championship.”

The event will be played April 16-19, the week after The Masters, at Texas Rangers Golf Club in Arlington, Texas. This will be Romo’s fifth start in a PGA Tour-sanctioned event. He has missed the cut in his first four attempts, amassing a 77.0 scoring average in eight rounds of action.

The USGA has taken new steps to ensure that players who have earned their place in a championship have more flexibility as they grow their families!

New or expectant mothers and fathers will have a new course of action for USGA events that they have qualified for previously, according to a release from the governing body on Tuesday.

“The policy gives a player or side who has earned a place in a USGA championship either through qualifying or exemption the option to defer his or her place in the championship for one year due to maternity or paternity,” the announcement read. “The new policy also provides players the ability to request an additional one-year extension of their deferral for exceptional circumstances, as determined by the USGA.”

The policy includes a rankings “freeze” that will lock a player’s current Rolex Women’ s Golf Ranking or World Amateur Golf Ranking before leaving for maternity or paternity. If their circumstances and rankings meet the criteria required, the player will earn an exemption into the event the following year.

Stacy Lewis and Brittany Lincicome were case studies in the updating of this plan as Lewis used a special dispensation to play in last year’s U.S. Women’s Open and Lincicome will do the same in 2020 as the pair both became mothers in the past two years.

The policy goes into practice effective immediately for all 14 professional and amateur championships that the USGA conducts.

Two wins in three years at Club de Golf Chapultepec wasn’t enough for Dustin Johnson to get the nod from the all-knowing minds in the Nevada desert. World No. 1 Rory McIlroy is the betting favorite at the first World Golf Championship of the year, closely followed by DJ, Jon Rahm and Justin Thomas.

The prize fund has risen by a quarter of a million dollars since last year’s renewal, and the winner’s share has gone up by $70,000.

As always, the 72-man field is well worth the trip to Mexico City. Simply for teeing it up, the last-place finisher will take home at least $32,000.