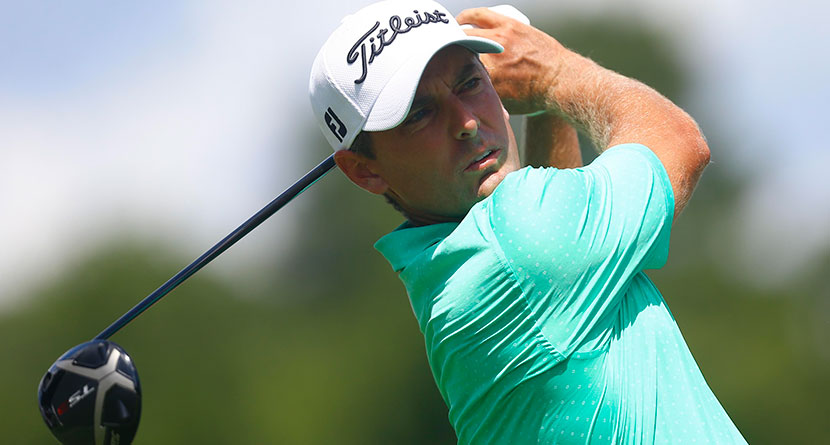 Charles Howell III will pass $1M in earnings for the 2019-20 season today, his 20th straight PGA Tour season with $1M or more.

He and Phil Mickelson (24 straight) are the only players with streaks of 20+ years all-time.

Charles Howell III may be one of those golfers that you’re aware of, but don’t know too much about. CH3 has been a professional golfer for 20 years and a full-time PGA Tour pro since 2001.

Over the course of his career, Howell has won three times and has never has been relegated to Q-School or the Korn Ferry Tour. On Sunday with a modest $39,100 check for finishing T53 at the WGC-Mexico Championship, Howell III already eclipsed the $1 million mark in on-course earnings for the 2019-20 season, which marked the 20th consecutive he has done so.

Mississippi State senior standout Tanapat Pichaikool, who goes by “Peng”, had to make a difficult call on Sunday night from his native Thailand back to Starkville, MS.

Pichaikool had to call MSU golf coach Dusty Smith and let him know that he wouldn’t be returning to school after having secured an Asian Tour card via the circuits qualifying school.

“I’m going to miss that place, for sure,” Pichaikool told GolfChannel.com. “Everyone has been so good to me. It’s tough for me to leave them. I’m one of their best players and they need me, but my opportunities have come already and I have to take it, and I wish them the best.”

Pichaikool made the Q-School cut on the number and then fired 9-under par over the next three rounds of the five-round competition to finish in 23rd place, well within the top-35 who received playing privileges.

At MSU, led the team with a 71.09 scoring average in 11 rounds this season, notched two top-10s and was ranked No. 195 in the country by Golfstat. For his career, Pichaikool finished with 15 top-10s and a 71.46 scoring average. He was a two-time GCAA/Ping All-Region selection, played on last summer’s International Palmer Cup team and was T-3 at last fall’s Asia-Pacific Amateur.

He’ll make his professional debut in two weeks at the Royal’s Open in Thailand.

A New Jersey homeowner has now been ordered to remove the 65-foot safety net he put up in his backyard as protection against the golf balls flying into his property. https://t.co/90tPWpshdX

The plight of folks who willingly choose to live on a golf course and then seem shocked that said decision has an unintended impact of an influx of golf balls on their property have a new hero: Ron Dana.

Dana’s home backs up to the Manasquan River Golf Club in Brielle, New Jersey, and after a change to the 17th tee at the course, Dana argued that “an invasion of golf balls” resulted in him erecting a 65-foot by 135-foot net to protect his property from the influx of golf balls.

This week, a judge ordered Dana to remove the net citing a lack of permit approvals for the structure. Dana won’t be going down without a fight, however. He has two pieces of open litigation on the books: “a counter-suit in which he claimed the golf balls that landed on his property amount to trespassing,” and an appeal of the original Planning Board variance denial.

The judge set a March 12 deadline for the removal of the net.

Patrick Reed isn’t yet 30 years old, but the Texas-born Tour pro eclipsed $30 million in career PGA Tour earnings with his massive $1.82 million payday for edging Bryson DeChambeau on Sunday at the WGC-Mexico Championship.

The win, Reed’s eighth of his professional career, was his second World Golf Championships triumph, joining the previous iteration of the same tournament — then known as the WGC-Cadillac Championship played at Doral — in 2014.

DeChambeau was rewarded handsomely for his runner-up finish to the tune of $1.15 million. Jon Rahm and Erik van Rooyen made $600,000 apiece for third place and Rory McIlroy took home $430,000 for solo fifth place.

As always at the WGCs, it’s interesting to check the bottom of the leaderboard. Korea’s Tae Hee Lee, who finished 37 shots behind Reed, left Mexico City with a check worth $32,000.

Here are the complete final leaderboard and payouts.