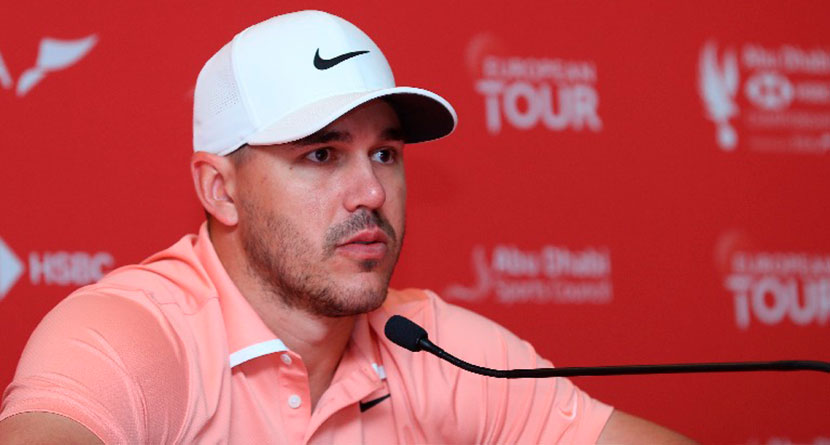 How Much Money Are Tour Pros Really Making?

Tournament paychecks only tell part of the story. https://t.co/grUgcQmejJ

We know that top-tier Tour pros are making a pretty nice living, but what’s their income look like when all the dust settles — when the travel expenses are taken out, when payments to instructors and physios and accountants and caddies are made?

Golfweek.com’s Steve DiMeglio and Beth Ann Nichols conducted some interviews and estimated what the 50th-ranked players on both the PGA and LPGA Tour are taking home after a year on the road.

Brooks Koepka re-tore the patella tendon in his left knee in October and his kneecap “moved into the fat pad.” Started hitting balls again before Christmas. Ready to go in Abu Dhabi.

World No. 1 Brooks Koepka headlines a strong field in the United Arab Emirates this week for the Abu Dhabi Golf Championship, marking the first time the four-time major winner will have teed it up since the CJ Cup in October. Coming off of stem cell surgery on his left knee, Koepka slipped on some wet concrete and reinjured the knee.

“Everything felt good, and then in Korea, I re-tore it and the kneecap had moved into the fat pad,” Koepka told reporters. “That’s excruciating. It’s a lot of pain. It’s not fun. I have been trying to make sure everything feels right, and it does not feel like my right knee, I’ll be honest with you, and it probably won’t for a while. But it does feel stable.

“Even when I got the green light (to practice), I just didn’t know whether it was going to feel right, whether you’re going to be the same, how it is going to feel. I started hitting balls just before Christmas. Everything felt good.”

Koepka will begin his 2020 campaign alongside Tommy Fleetwood and Shane Lowry for the first two rounds.

Bryson DeChambeau once again SNUBBED by the PGA Tour, and he’s not happy about it ?

The PGA Tour announced its 16-member Player Advisory Council, which “advises and consults with the PGA Tour Policy Boardand Commissioner Jay Monahan on issues affecting the Tour,” according to the Tour’s statement.

“I really want to make a change here. I’ve asked to be on the PAC committee for three years, and it takes time to get on there,” DeChambeau said during last year’s FedEx Cup Playoffs.

Eight of the 16 PAC members are elected by the membership and the four player directors on the policy board select the remaining eight council members, according to Golf Channel’s Rex Hoggard. Hoffman, Malnati and Thomas have been selected by the player directors to run for PAC Chairman via election which ends February 7.

A baby opossum was found beaten until she was blinded on a golf course in South Carolina https://t.co/rfE1wo7W3z

While there were witnesses to the beating, no one was willing to talk, meaning an investigation couldn’t go forward.

“The injuries are indicative of being struck with a golf club,” Watson said. “No one has been caught for doing this. We reported it to the South Carolina Department of Natural Resources (SCDNR) and they investigated. Without pictures or video, they cannot move forward.”

The story has a happy ending, however. Since sharing Scarlett’s story, WRG has received more than $10,000 in donations from a total of more than 500 people through Facebook, according to WJCL.com.