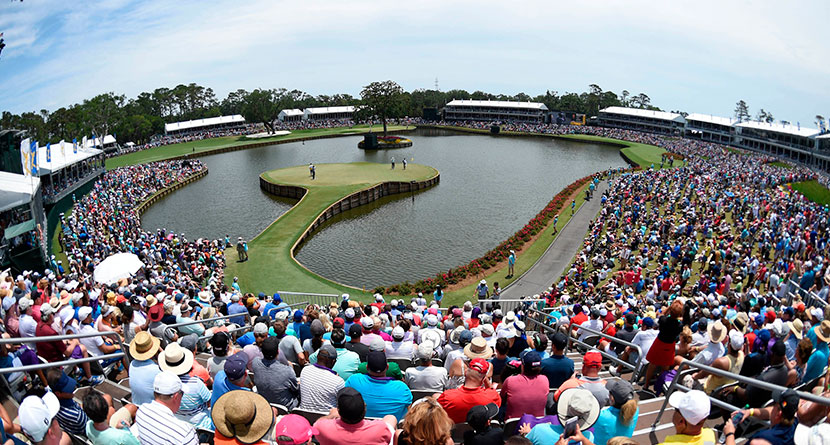 Watch Every Shot Live At The Players

Every Player. Every Shot. Every Hole. Live!

Following the lead of The Masters, the PGA Tour is launching an ambitious initiative this week at The Players Championship that could signal the direction in which golf viewing is going. The Tour’s “Every Shot Live” is aiming to provide fans with just that: every shot struck by every player in the field available to be seen live.

Expected to top 31,000 shots hit by the 144 players in the field, the Tour is utilizing 120 cameras from NBC, PGA Tour Live, and Every Shot Live to provide subscribers to their OTT streaming services the option to pick and choose who they watch on every hole with 18 unmanned tee box cameras, 18 manned green cameras and handheld cameras in every fairway.

“It’s one of the most exciting undertakings in technology that we’ve ever done at the PGA Tour,” Scott Gutterman, Senior Vice President of Digital Operations for the PGA Tour, said. “The Players has traditionally been where we have introduced new technology to golf. We look forward to showcasing what we believe is the future of golf coverage.”

Phil Not Giving Up Leverage

“Well, I wouldn’t come out and say I’m not going to it right away, and lose all your leverage.”

Phil Mickelson has changed his mind when it comes to giving his official opinion on the Premier Golf League. In a declaration at last month’s Genesis Invitational, Mickelson said he would likely speak on the PGL and his interest level in it at this week’s Players Championship — the flagship event of the PGA Tour, no less — but he’s reversed course on that.

“I’m probably not going to talk publicly on that. I probably am going to refrain. I thought I might have an opinion by next week. I don’t know if I will, but I probably won’t talk too much about it,” Mickelson said. “Until there’s a little bit more to talk about, I really don’t have much to say about it right now.”

Rory McIlroy has come out and talked about it publicly, making no qualms about his feelings on giving up some freedom in exchange for wheelbarrows full of cash, but Mickelson doesn’t agree with that public relations strategy.

“Well, I wouldn’t come out and say I’m not going to it right away, and lose all your leverage,” Mickelson said.

Whether by Phil’s own decision-making or a nudge from the Tour he’s played on for going on three decades, he won’t be making any public statements this week, it seems.

Despite Jim Furyk not yet being eligible to compete on the PGA Tour Champions, the 49-year-old is bringing a new event to the circuit in the form of the Constellation Furyk and Friends along with the help of his wife, Tabitha.

Beginning in 2021, the event will be held at Timuquana Country Club Oct. 4-10 in Jacksonville, Florida, marking the Champions Tour’s return to the area for the first time in nearly 20 years.

“We think it’s a huge opportunity to raise more dollars to help folks and more charitable organizations in Northeast Florida,” Furyk told the Florida Times-Union. “To be able to align ourselves with the PGA Tour and everything about their history of $3 billion in charitable giving is a very big step and something we’re very proud of.”

Furyk will turn 50 in May, and next year will join Steve Stricker as the only other PGA Tour Champions member to host a tournament.

Rory McIlroy becomes just the third player to hold the World No. 1 ranking for 100 weeks in a career. To catch Tiger Woods’ all-time mark, Rory would only need to stay No. 1 for the next (checks calculator) 11 years, 2 months and three weeks

McIlroy is coming off his seventh consecutive top-5 finish at the Arnold Palmer Invitational, and he will defend his Players Championship title this week at TPC Sawgrass.

If McIlroy wants to remain No. 1 in the world for his 101st week, he’ll have to hold off charges from Brooks Koepka and Jon Rahm, both of whom can overtake McIlroy with victories this week and a little help from Rory, according to Official World Golf Rankings guru Nosferatu.

Koepka needs a win and a McIlroy finish outside of the top-45 while Rahm can overtake McIlroy with a win and a Rory finish in a three-way tie for second or worse.