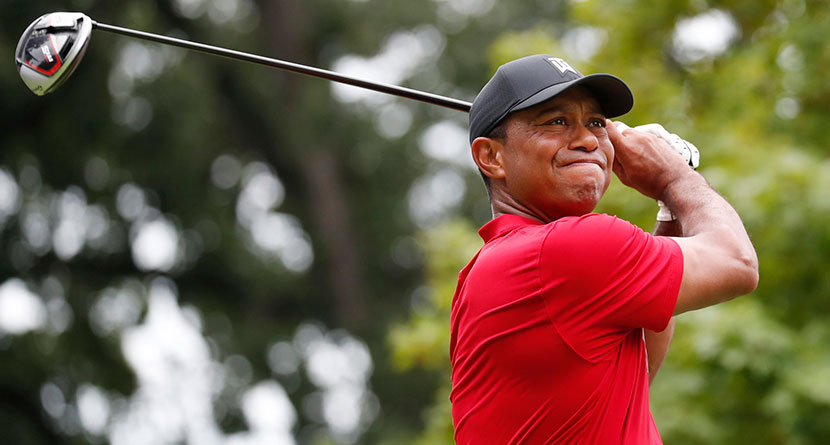 Tiger To Be Inducted Into Hall Of Fame

Despite not being on the grounds this week at The Players Championship, Tiger Woods has achieved a career milestone — he’s officially being inducted into the World Golf Hall of Fame in 2021.

“I am both honored and humbled to be inducted into the World Golf Hall of Fame,” Woods said in a statement. “This past year has been such an incredible journey and the support I’ve received from my family, friends and fans has been overwhelming. This achievement is the ultimate recognition to never give up and keep chasing.”

Woods was broken the news via phone call from PGA Tour commissioner and World Golf Hall of Fame board chairman Jay Monahan.

“Tiger has done more for the game of golf than anyone ever thought possible, and his historic feats on the course are only one aspect of his impact,” Monahan said.

Those joining Woods in the Class of 2021 will be announced in the coming days, according to GolfChannel.com.

Players On As Scheduled Amid Coronavirus Concerns

PGA TOUR statement on THE PLAYERS Championship and Coronavirus: pic.twitter.com/Jm3mBzKUG3

While the rest of the sporting world is taking major steps — even going so far as to suspend the season in the NBA — the PGA Tour announced in a release early Thursday morning that this week’s Players Championship would go on as scheduled, including allowing spectators onto the grounds.

“The PGA TOUR is aware of rapidly changing developments regarding COVID-19,” the statement, which was released shortly after midnight Eastern Time, said. “With the information currently available, the Players Championship will continue as scheduled, although we will absolutely continue to review recommendations from the Centers for Disease Control, World Health Organization and local health administrations. This is obviously a very fluid situation that requires constant review, communication and transparency, and we are dedicated to all three aspects.”

The Tour vowed to release a further update by noon Thursday, and encouraged fans who wished to receive a refund or exhange tickets to visit PGATour.com/ThePlayers.

The first ace of the week went to Tommy Fleetwood during Wednesday’s practice round at The Players Championship.

As soon as Fleetwood struck the shot, his caddie Ian Finnis called that the ball was going to go in.

Fleetwood is one of the betting favorites this week going off at 20/1, according to GolfOdds.com. He’ll play the first two rounds alongside Jim Furyk and Brandt Snedeker.

Coronavirus is killing the Masters secondary ticket market. If you’ve ever been tempted to pay your way through the pearly gates, the time is now. https://t.co/TikId8yP8V

If you’re willing to risk a few hundred dollars, this may be your best (read: cheapest) chance ever to get into Augusta National as rising concerns over the coronavirus have led Masters tickets to hit a five-year low, according to TicketNews.com.

Outside The Cut reported on the phenomenon on Monday, and as prices continued to drop, more outlets began looking closer at the secondary market.

“With fears growing about the coronavirus, and the plummeting stock market, get-in prices for the tournament are down 30 percent and at a five-year low,” Jesse Lawrence, the founder of TicketIQ, said.

It appears that this could be just the beginning of the price-drop as well with the realistic possibility that the tournament could be postponed or even canceled, or at a minimum, take place without patrons inside the gates.