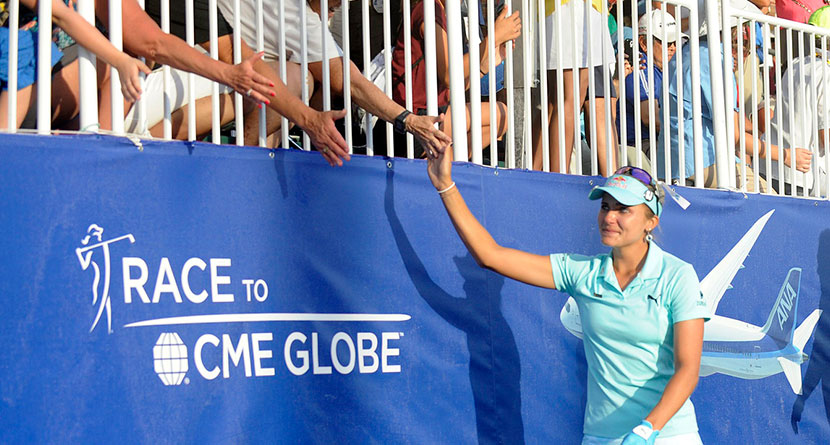 Today, the LPGA informed its players that in an effort to minimize risks with the global outbreak of COVID-19 and following the California Government’s directive regarding events, the next three events on the LPGA Tour schedule are postponed.

Following the lead of many of sports’ biggest leagues, the LPGA Tour announced on Thursday afternoon that it too would be postponing its first three domestic events of 2020 in an effort to mitigate the risk and spread of the coronavirus.

The Volvik Founders Cup in Phoenix, AZ the Kia Classic in Carlsbad, CA and the ANA Inspiration in Rancho Mirage, CA have been postponed. The plan is to reschedule those events for later dates in 2020, according to the LPGA Tour’s release.

“This is a difficult situation and as we navigate these uncertain times, we appreciate the support of all those involved with the LPGA. I am fully committed to rescheduling these important events on our 2020 schedule, especially our first major, the ANA Inspiration,” said LPGA Commissioner Mike Whan. “Our thoughts are with all of those around the world affected by this virus. And on a personal level, it pains me to see the impact of this health crisis on our athletes, our sponsors and our fans. That said, I know keeping our LPGA family safe, and all those who follow us safe, has to be my top priority.

We will continue to monitor this rapidly evolving situation with our global health partners and are planning for different scenarios for future LPGA events should they be necessary.”

Best part of this story is that @mac_bellovich rattled Patrick Reed into doubling after this happened #LivingRentFreeInHisHead pic.twitter.com/zmRYP9y0uQ

As far as unique heckling goes, this is up there.

Standing on the ropeline between holes, a fan asked Patrick Reed to sign his shovel, an obvious callback to Reed removing sand from behind his ball during December’s Hero World Challenge.

“I’m gone?” the fan asked as marshals approached him. “Alright.”

A tough way to start the tournament.

Russell Knox’s first hole of the Players Championship started innocently enough. He hit a 303-yard drive to the first cut of the 10th fairway, and then wedged it onto the green from 118 yards away to just over 33 feet away.

Knox then went on to miss four times — three of which came from inside six feet — to card a triple-bogey 7. To Knox’s credit, he bounced back from a front-nine 40 to shoot 33 on the back nine and post a 1-over par round of 73.

S/he also noted: “If the numbers spike that changes everything.” Meaning that here in the U.S. we’re hardly testing anyone; if we begin widespread COVID testing in the next week or two the math says the number of diagnosed cases will rapidly rise. That changes the debate/optics.

All of a sudden, The Masters is the next event on the professional golf calendar.

With the PGA Tour canceling the next three weeks worth of its schedule, Augusta National and chairman Fred Ridley are on the clock as to how they plan to move forward. Amid the chaos of Players Championship week, reports came out of ANGC that the green jackets were looking into contingency plans that included a lack of spectators as well as other measures.

“The safety, health and well-being of everyone is our top priority at Augusta National Golf Club,” Ridley said in a statement last week. “We will continue to review the available facts and information with the experts and authorities, establish precautions and take appropriate action to ensure the safety of all involved.

According to a GolfDigest.com report from mid-day Thursday, multiple sources insisted that canceling the tournament “is not expected at this time,” but already a lot has happened in the 24 hours since that statement was made.