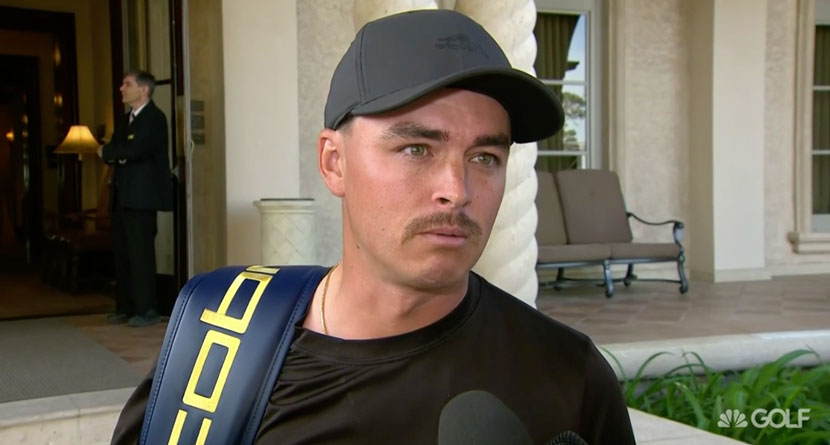 It’s been a strange past 72 hours as the sports world as we know it has screeched to a halt. In the small little bubble of the golf world, the cancelation of the Players Championship after the first round (as well as at least the next four events on the schedule) and the postponement of The Masters led to some interesting insight from some of the game’s biggest players on Friday morning.

As players arrived at TPC Sawgrass to retrieve their belongings, many spoke with the media about what the cancelations and postponements meant to them.

Players To Pay Out Half Of $15 Million Purse

PGA TOUR to pay 50% of 15 million to players in Players Championship.

The Players Championship’s unprecedented $15 million purse will be split in half and dispersed equally among the 144 competitors from last week’s canceled event, per Tour regulations, according to PGA Tour commissioner Jay Monahan.

During his Friday morning press conference in which he announced further reasoning for the cancellation of the event, Monahan spoke about compensation for the players themselves.

My friend @jacknicklaus wanted to share an important message: we need to be smart, be safe, be careful where we go. DON’T TAKE A CHANCE.

Our seniors are the most vulnerable population, but young people can get infected and spread the virus. #CoronaVirusUpdates pic.twitter.com/gcrV6rNtRQ

At a time when leadership is needed most, one of golf’s de facto leaders is Jack Nicklaus. As part of a public service announcement video released by Florida Senator Rick Scott, Nicklaus warned his fellow Americans about the importance and repercussions their actions can have on those around them.

“The last week or so has been an incredibly confusing time,” Nicklaus, 80, said. “Many of you kids, you’re going to a lot of places that may bring that home to a senior citizen. I don’t think that’s what you want to do.”

One thing’s for sure, some players give us more material to work with than others.

But is has to be said – golf would be a much duller place without characters like Bryson.

(I really should stop choosing songs where I have to provide my own backing vocals ?)