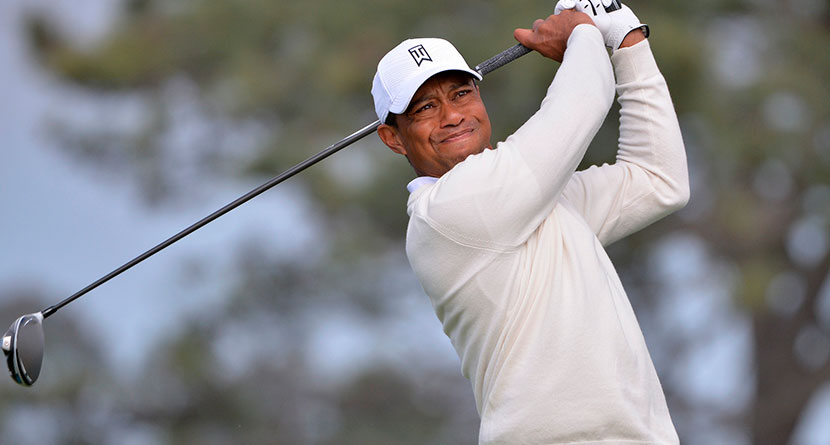 There are a lot more important things in life than a golf tournament right now. We need to be safe, smart and do what is best for ourselves, our loved ones and our community.

Making a public statement for the first time since he announced his intention to miss The Players Championship, Tiger Woods sent out a perspective-based post on Monday from his Twitter account that encouraged his 6.5 million followers to see the bigger picture.

“There are a lot more important things in life than a golf tournament right now,” he wrote. “We need to be safe, smart and do what is best for ourselves, our loved ones and our community.”

While sports and golf fans wait out and hunker down, a silver lining for Woods is that he will remain the reigning Masters champion at least a little longer than he expected.

Communique from the International Olympic Committee (IOC) regarding the Olympic Games Tokyo 2020 https://t.co/EumE9qtROI

With the sports world in an uncertain holding pattern, one competition has once again committed to its place on the calendar: the 2020 Olympic Games in Tokyo, which very well could be one of the first sporting events to take place in months following shutdowns perpetrated by the global coronavirus outbreak.

“The IOC remains fully committed to the Olympic Games Tokyo 2020, and with more than four months to go before the Games there is no need for any drastic decisions at this stage; and any speculation at this moment would be counter-productive,” the International Olympic Committee said in a statement on Tuesday.

“The IOC encourages all athletes to continue to prepare for the Olympic Games Tokyo 2020 as best they can. We will keep supporting the athletes by consulting with them and their respective NOCs, and by providing them with the latest information and developments, which are accessible for athletes worldwide on the Athlete365 website and via their respective NOCs and IFs.”

As cancelations and postponements continue to be the lion’s share of the news in the sporting world, the Olympics’ July 24 start date is creeping closer to the beginning date of the resumption of play. The men’s Olympic golf competition is slated to begin on July 30 with the women’s beginning the following week on Aug. 5.

LPGA Commissioner Getting Creative In Wake Of Cancellations

.⁦@LPGACommish⁩ is exploring the possibility of doubling up a postponed event, pairing it with another in a kind of super event, a two-for-one, big-purse tournament. “Everything is on the table,” he said. https://t.co/YkNm0Vk49T

LPGA Tour commissioner Mike Whan is proactively thinking about a way to recover some of the lost assets canceled events have caused, and no idea is off the table. Speaking to GolfChannel.com, Whan floated the idea of combining events and title sponsors to create a kind of “two-for-one” event.

“This is going to be the year of an asterisk. There’s no getting around that. To say we’ve always done something a certain way is no longer an acceptable answer. Everything is on the table.”

The LPGA Tour’s Asian Swing was canceled, eliminating three events from the schedule, and amid the U.S. reaction to the pandemic, Whan postponed three more events, including the first major championship of the year.

World Rankings Remain In Flux During Suspension Of Play

These are the Top 30 #OWGR after this week (week #12) and in 3 months time (week #25) assuming no golf is played and the system is left to run ‘naturally’. Basically only one player would drop out of the top 30 over that period (sorry Frankie)… pic.twitter.com/TRnqSoM6Ed

Just as the world continues to turn during this pandemic, the Official World Golf Ranking algorithm keeps spinning, which could have dramatic impacts on the world of professional golf once play resumes. While Rory McIlroy is expected to remain world No. 1 at least through the middle of April, subtle changes in the OWGR’s standings could have significant impacts.

For instance, Olympic qualification will not be adjusted due to the suspension of play, according to Reuters, which means that by virtue of Patrick Reed’s T15 finish at the Arnold Palmer Invitational, and Webb Simpson and Patrick Cantlay’s decision not to play, the 2018 Masters champion moved up two spots in the ranking, putting him in position to represent the United States in Tokyo should no more golf be played between now and June 22 when qualifying is closed.

Also worth noting is the top-60 in the world, a bar that guarantees entry into the U.S. Open, now the next major championship on the schedule after Tuesday’s postponement of the PGA Championship. Notably, Phil Mickelson is not yet exempt into the field and currently sits at 61 in the rankings, meaning he’d need to qualify were the cut-off this week.