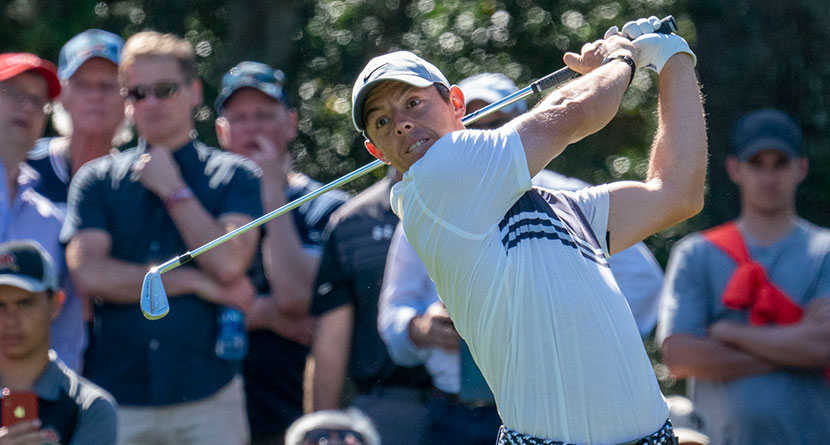 An additional statement from the International Golf Federation can be viewed here – @OlympicGolf #OWGR#WWGR pic.twitter.com/g2Fa61imTh

With no professional golf taking place on any of the world’s blue-blood Tours for the foreseeable future, the Official World Golf Rankings and the Rolex Rankings announced late last week that they will be freezing the rankings as of March 20th, 2020.

“The Official World Golf Ranking (OWGR) and Rolex Women’s World Golf Ranking (WWGR) will be paused until further notice with professional golf currently inactive due to the global threat posed by Coronavirus (COVID-19),” the statement read. “The Governing Boards of the OWGR and WWGR have decided that the rankings will be frozen at Week 11 (the week ending March 15th and 16th 2020) and will continue to monitor the impact of Coronavirus COVID-19.

“An announcement about the resumption of each respective ranking will be made in due course.”

This action will have a massive impact on Olympic qualifying, which is still set to lock on June 22nd for the men and July 8th for the women.

Which leads us to…

Australia and Canada will not send teams to Tokyo 2020 Olympics https://t.co/4spCcfk5pE

The International Olympic Committee is starting to feel the heat from some of their largest delegations as the 2020 Tokyo Games inch closer. Previously standing firm with a “business as usual” approach to the coronavirus pandemic, the IOC has set a four-week deadline for a decision to be made about the status of this year’s Games.

“Together with all the stakeholders, we have started detailed discussions today to complete our assessment of the rapid development of the worldwide health situation and its impact on the Olympic Games, including a scenario of postponement,” IOC president Thomas Bach said. “We are working very hard, and we are confident that we will have finalized these discussions within the next four weeks.”

With the PGA Tour shut down because of the coronavirus pandemic, @eamonlynch reports that commissioner Jay Monahan is foregoing his salary indefinitely during the COVID-19 hiatus.

Golfweek.com’s Eamon Lynch reported on Friday evening that PGA Tour commissioner Jay Monahan informed the PGA Tour’s Board this week that during the Tour’s suspension due to the coronavirus outbreak that he would be forgoing his salary.

Aside from Monahan, the Tour’s senior management team agreed to a 25% salary cut, which will last indefinitely. Salaries for all other Tour employees will be frozen at 2019 levels, according to the report. The decision was made during a board meeting held by conference call on Thursday, Lynch reported.

In the PGA Tour’s tax filing for 2017, the last year publicly available, Monahan was paid $3.9 million, a figure that included bonuses and incentive payments, according to the report.

LPGA season on hold through at least May 3, but a rescheduled date for the ANA Inspiration, the first major of the year: Sept. 10-13.

In a move that portends optimism, the LPGA Tour announced that it had found a new date for the ANA Inspiration, the event that was scheduled to be held April 2-5 before being postponed.

The first scheduled major of the year has been rescheduled to Sept. 10-13 at Mission Hills Country Club in Rancho Mirage, California, a date previously held by The Cambia Portland Classic, which has been pushed back to the following week.

The LPGA Tour took steps to postpone events through the end of April as well, announcing that Lotte Championship in Ko Olina, Hawaii (April 15-18), the Hugel-Air Premia LA Open in Los Angeles (April 23-26), and the LPGA Mediheal Championship in Daly City, California (April 30-May 3) would be postponed.