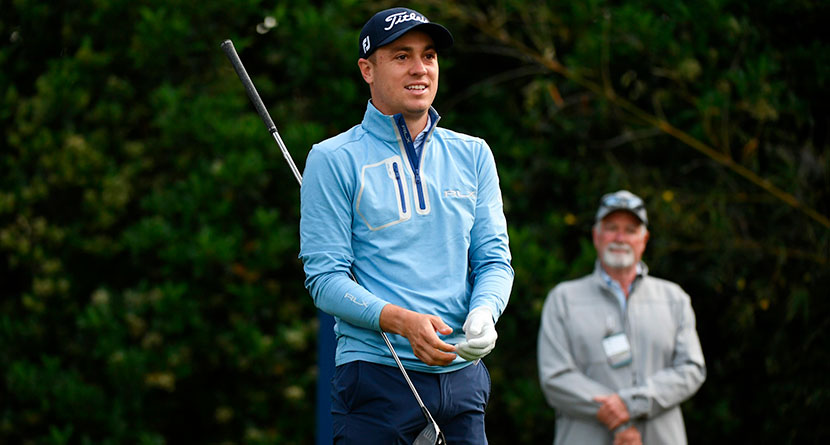 Thomas Also Out On The PGL

Well, it was fun while it lasted. Despite no PGA Tour golf having been played in the last two weeks, the Premier Golf League has sustained body blow after body blow as the game’s biggest stars have opted out of the big-money splinter Tour.

“I want to be strictly PGA Tour. I love what I do,” Thomas told SiriusXM’s Gravy and the Sleeze, hosted by former pro Colt Knost and Drew Stoltz on PGA Tour Radio. “The fact of the matter is we can choose where we play, we pick tournaments, the courses we like and we can go there. That’s huge.”

“We play unbelievable places for unbelievable amounts of money with unbelievable fields and fans, yeah there’s always things that can improve and the Tour and Jay is doing an unbelievable job of improving it,” he continued. “But I’m pretty content with what’s going on.”

PGA Tour Live Free For Everyone

Following the lead of some other subscription services, PGA Tour Live has pulled down its paywall during the coronavirus pandemic, allowing golf fans around the world to access its content for free.

The service, which broadcasts live early-round coverage of PGA Tour events, has been out of commission since the cancelation of the Players Championship two weeks ago, but they’re making lemons out of lemonade by releasing full Tour event replays, PGA Tour Rewinds. hour-long recaps of events as well as specialized content around some of golf’s biggest events and names.

If you’re already a subscriber, don’t worry; your payments have been suspended during the pandemic.

Getting ahead of the game… pic.twitter.com/lv1Exm4h7H

Professional golfers, like the rest of us, can get a little stir-crazy when cooped up in their houses for so long. With only so many outlets to keep your attention and sanity, PGA Tour winner Stuart Appleby opted to take a more light-hearted approach to some of the more extreme folks during the coronavirus pandemic.

Poking fun at toilet paper and gun hoarders, Appleby showed off his personal stash of both.

“I don’t want to be judged as the one percent of the one percent — the elite. I got a lot of poo tickets sitting there,” Appleby said with a few bulk packages of toilet paper over his shoulder. “But depending what I eat, that will last me anywhere from a month to a couple of weeks if I go to the wrong side of the wrong food.”

Then he moved over to his “gun” collection, a stockpile of Nerf guns.

“I spoke to a guy who knew a guy who has two other guys he knows, and he basically said, if I got cash, I’m king, no background checks, done. I got a certain location in my house — I won’t tell you where for obvious reasons — but I’d like to show you some of the stuff I got so far,” he said. “I got to get some more ammo, but it’s looking good. I got to get some more stuff. That’s just a small sample, but looking good, baby.”

Work continues on the $65 million dollar building that will serve as the new headquarters for the PGA Tour. https://t.co/0mhvHf3fpX

The work continues to get the PGA Tour’s new $65 million headquarters ready for an opening in the beginning of 2021 as most of the world hunkers down in their homes.

“Construction on the Global Home of the PGA Tour continues as scheduled,” Kirsten Sabia, the Tour’s vice president for Integrated Communications, said in an emailed statement to Golfweek.com. “We are proceeding under the direction of local authorities, working within the confines of construction as allowed. Clark Construction is also taking all precautions to adhere to social distancing regulations.

“We have no indication of substantial delays at this time, and are still hopeful for a Q1 move-in.”