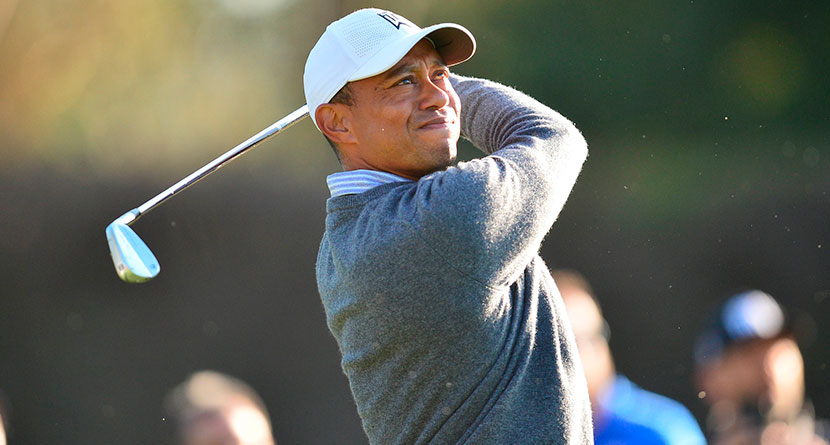 10 finalists have been selected for consideration into the Class of 2021.

With recent changes to the World Hall of Fame’s age criteria, Tiger Woods headlines a star-studded list of finalists for induction in 2021. Woods, who will turn 45 in December, joins the likes of Padraig Harrington, Tom Weiskopf, Dottie Pepper and Tim Finchem among those nominated for induction.

Aside from the age requirement being lowered from 50 to 45, players and contributors must receive 75% of the selection committee approval.

To be eligible, male players must have 15 official victories from tours among the original members of the International Federation of PGA Tours or have won two titles from among the major championships or The Players Championship, and female entrants must have 15 official victories from tours receiving Rolex Women’s World Ranking points or have won at least two major championships to be considered.

Scott Piercy apologized on Tuesday for a post the 4-time PGA Tour winner put up on his Instagram account that depicted a homophobic meme at the center of which was former Democratic presidential candidate Pete Buttigieg.

The backlash of the post came quickly, and Piercy removed the message, posting an apology shortly thereafter.

“Whenever I post my intent is NEVER to offend,” Piercy wrote. “I want to apologize if any of my recent story posts have been offensive. I will do better!”

Piercy is in the field at this week’s Arnold Palmer Invitational at Bay Hill.

Augusta National Golf Club’s continued expansion by virtue of purchasing land around the perimeter of the famous Georgia golf course has gone full steam ahead in recent week’s as The Augusta Chronicle reported on Monday that a club-affiliated corporate entity purchased “more than $6 million worth of real estate, including the Wendy’s fast-food restaurant on Washington Road and several homes in the West Terrace neighborhood.”

According to the Chronicle, the eight most recent purchases total over three acres and were made by Berckman Residential Properties LLC moving the club’s expanded footprint to more than 100 acres on its north and west perimeters.

Oddsmakers really like Rory McIlroy’s chances to break through for the first time in 2020 at the Arnold Palmer Invitational. The 2018 winner of the event, McIlroy boasts a trio of top-5 finishes in the calendar year, and already has a victory in the wrap-around 2019-20 season (November’s WGC-HSBC Champions).

Most impressively, McIlroy’s worst finish of the season is a T5 at the Genesis Invitational last month.

Last week’s third-place finisher at the Honda Classic, Tommy Fleetwood, checks in with the second-shortest odds while a cadre of others, which includes Hideki Matsuyama, Bryson DeChambeau, Xander Schauffele, Patrick Reed, Adam Scott, Brooks Kopeka, Rickie Fowler and Jason Day are going off at 20-1 or worse.