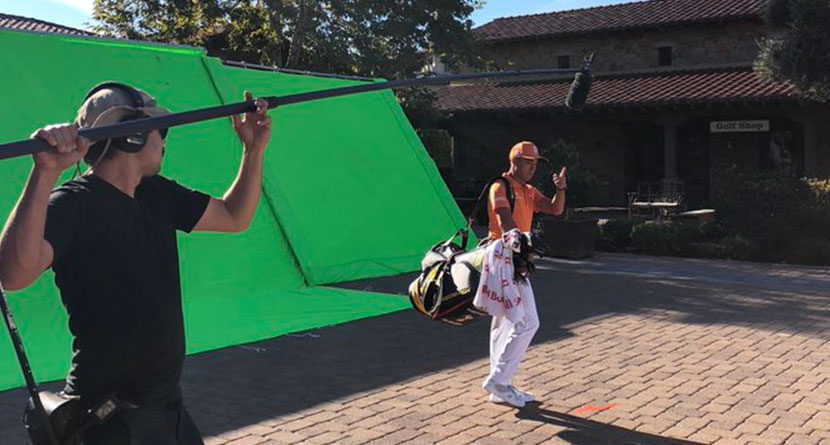 Rickie Fowler has so many endorsement deals that we might see him more during the commercial breaks than the actual coverage.

Rickie Fowler is an omnipresent force when it comes to watching golf on TV. The game’s ultimate pitchman, Fowler made news recently when he revealed just what kind of time commitment it takes from him to shoot the various commercials he features in for his sponsors.

“There’s a lot that goes into it, and like I said, it’s learning how to manage everything, when to do it, how to do it,” Fowler said at The Honda Classic. “Like I said, figuring out how many weeks in a row you want to play. If you do play three, four, five weeks in a row, which I don’t play more than three, then is it one week off or two weeks off?

“Then you add in workdays as far as shoots with sponsors, whether they’re still or commercial stuff. I do about 25 to 30 days a year, so those obviously aren’t in a row. You’ve got to pick and choose are those Monday and Tuesdays when you get back from a tournament or mid-week, or if you’re fitting them into one week off, it kind of interrupts your preparation or your rest, so then you have to take two weeks off to fit shoot days in.

“So there’s a lot that goes into just picking which tournaments you want to play.”

We know there is a price that comes with the sponsorship dollars the top players in the game pull in, but to require a full month of shooting over the course of the year seems pretty stringent for a side gig.

The best men in #NCAAGolf are about to have a new path to the pro ranks.

The PGA Tour is now showing it pays to stay in school.

According to a report from Golf Channel’s Rex Hoggard, the PGA Tour Policy Board approved a new measure that give top college seniors immediate status on the Korn Ferry Tour via a collegiate ranking system.

The board’s decision came Tuesday at Bay Hill to green-light PGA Tour University, which will give the top-5 players in the rankings full KFT status, while those outside the top-5 will be eligible to get lesser status on the KFT, Mackenzie Tour, PGA Tour Latinoamérica and PGA Tour Series-China based on their ranking.

The only catch is that in order for players to receive status, they must be seniors. The program is slated to begin in the Summer of 2021.

With the spread of coronavirus at the forefront of the minds of sporting entities around the world, two of golf’s leading taste-makers have released recent statements about the current state of affairs.

“The PGA Tour has been closely monitoring all available information related to the continued spread of the Novel Coronavirus COVID-19,” the PGA Tour’s statement read. “We conduct more than 175 tournaments across our six Tours, and the health and safety of our players, employees, fans, partners, volunteers and everyone associated with the PGA Tour continues to be our No. 1 priority. After reviewing the relevant positions from the Centers of Disease Control and the World Health Organization, there are no planned schedule changes beyond what has already been decided with PGA Tour Series-China (a delay to the start of the season).

Similarly, with the first major championship of the season less than a month away, Fred Ridley, the chairman of Augusta National Golf Club released a statement about the club’s upcoming events.

“The safety, health and well-being of everyone is our top priority at Augusta National Golf Club,” Ridley said in a statement. “We will continue to review the available facts and information with the experts and authorities, establish precautions and take appropriate action to ensure the safety of all involved.

“We are asking that everyone follow the preventative actions advised by the CDC to mitigate the spread of any virus. In addition, we strongly encourage all those traveling to Augusta, Georgia, to become knowledgeable of the most recent travel protocols and restrictions.

“As a result of this collaboration, and based upon our knowledge of the situation at this time, we are proceeding as scheduled for the Augusta National Women’s Amateur, the Drive, Chip and Putt National Finals and the Masters Tournament,”

Scott Down On Current State Of WGCs

“There are many factors that are different than 20 years ago when (the WGCs) started.”

With players prioritizing scheduling flexibility and passing up starts with guaranteed money, Adam Scott has witnessed a change in the WGC events. https://t.co/ruOjK1tyXO pic.twitter.com/KN4COKZv4w

Adam Scott has been one of the game’s most well-respected international stars going on two decades, so when he speaks about the game’s global influence outside of the United States, his words carry weight, which may not be a great sign for the World Golf Championships.

“They were significantly more money; now everything is a lot of money. I don’t think they are doing the same as what they did 15 or 20 years ago, that’s for sure.”