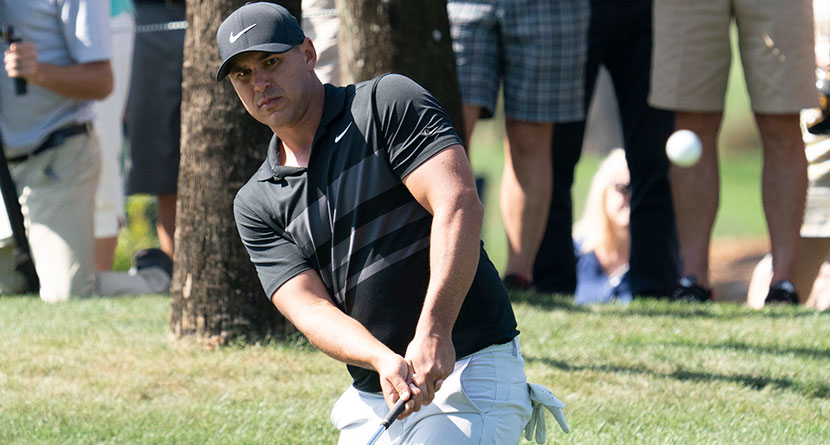 Add Brooks Koepka to the camp of players who aren’t all that interested in playing a Ryder Cup without fans.

Speaking to Golf Central on Tuesday evening, Koepka lamented the situation that the PGA of America finds itself in as it continues to plan the biennial event for September at Whistling Straits in Wisconsin.

“I personally don’t want to play if there’s no fans,” Kopeka said. “I don’t see a point in playing it.

“I get representing your country is an honor and it’s something that’s so much fun, but at the same time, the fans make that event. That’s what we get nervous on the first tee. You hear the chants. You hear everything that’s going on – the U-S-A- (chant), all that stuff. That’s what makes it fun.

“It’s like us going to play a match here at Floridian is essentially what it’s going to feel like.”

More pressing than any decision on September’s Ryder Cup, the PGA of America is scrambling to figure out what to do about its other marquee event: the PGA Championship.

Scheduled to be held this week originally at Harding Park in San Francisico, and now set for the first week of August, Kerry Haigh, the chief championships officer for the PGA of America, acknowledged that alternatives are under consideration given California’s cautious approach to reopening amid the coronavirus pandemic.

While the PGA Tour is set to resume its schedule June 11 at the Charles Schwab Challenge, the first of four events planned without fans, it remains to be seen how that plan will be expanded to allow for fans as conditions change across the country.

“We are basically going with both plans [playing with and without fans],” Haigh said. “We will restart and build out the infrastructure for spectators but also have an alternative plan if there were to be no spectators. Sort of a Plan A and a Plan A1. Both are continuing to move forward and we’re hopeful things will continue to improve.”

Although California began lifting its stay-at-home restrictions last week, the state is still trailing other areas of the country in its return to something close to normal. Haigh acknowledged there is also a Plan B.

“We have been talking about [possibly changing venues],” Haigh said. “Ultimately, it’s going to depend on what the city, county and state allow us to do and not do. Safety of everyone is utmost in our mind.”

KLPGA is back in action this week. Some big names playing!https://t.co/Dr2TfOfwxv

In more optimistic news, the Korean LPGA Tour is kicking off its resumption of play this week with a major championship, the KLPGA Championship.

The KLPGA Championship is set to take place May 14-17 north of Seoul at Lakewood Country Club in Yangju. The event will be closed to spectators.

The field includes several top-ranked players, including Sung Hyun Park (No. 3), Sei Young Kim (No. 6) and Jeongeun Lee6 (No. 10). Former LPGA player Ha Na Jang (No. 31) and Hye Jin Choi are among the other top Korean stars. Both are past champions of the event.

Players and caddies will be asked to complete a questionnaire before participating in the event, according to reports. In addition, players will have their temperatures checked before entering the course and be asked to social distance from their playing partners. They will also be asked to sanitize their clubs during the round. The entire field will not be tested for coronavirus due in large part to South Korea’s successful target-testing campaign that has slowed the spread.

Players and caddies will have a separate path to walk on the grounds and a separate temporary clubhouse.

The only game in town on the men’s professional golf circuit this week is the Outlaw Tour’s Scottsdale Open.

With the PGA Tour’s restart less than a month away, a handful of PGA Tour pros are in the field looking to sharpen their competitive edge, including Kevin Streelman, Joel Dahmen, Nate Lashley, Alex Cejka and Dylan Wu.

GolfChannel.com’s Will Gray reports with one round of the 54-hole event in the books:

As one might expect, PGA Tour players have risen toward the top of the leaderboard after the opening round of the Scottsdale AZ Open.

The 54-hole event carries a $135,000 purse with $20,000 to the winner, and it has attracted plenty of local starpower with major professional circuits still shuttered until at least next month. Setting the early pace is recent PGA Tour winner Nate Lashley, who opened up a one-shot lead after shooting an 8-under 62 at Talking Stick Golf Club.

Lashley earned his breakthrough victory last summer at the Rocket Mortgage Classic, and he’s expected to make his Masters debut in November as a result. His bogey-free round included six birdies to go along with an eagle on the par-5 second hole, and he sits one shot clear of Zach Smith among a 162-man field.