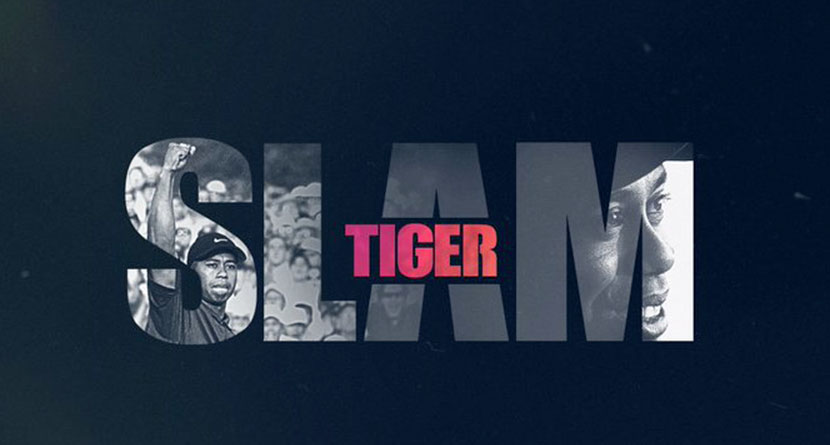 Following the lead of The Last Dance and Hamilton, Golf Films, the film production arm of Golf Channel, announced that they will be releasing a much-anticipated work of their own: Tiger Slam.

The film, which documents “Tiger Woods’ unprecedented feat of winning all four major championships in succession over a 10-month stretch” will air on Sunday, May 24 at 8 p.m. following the conclusion of Woods’ participation in The Match: Champions For Charity.

Tiger Slam details Woods’ dominance atop the professional golf landscape, lifting the sport to places not previously seen after capturing each of golf’s four majors between June 2000 and April 2001. The unthinkable feat necessitated a moniker donning Woods’ namesake, the “Tiger Slam.”

The filmfeatures insight and reflections from those closest to Woods during his historic run, including Steve Williams (caddie) and Butch Harmon (swing instructor). Tiger Slam also will provide commentary and recollections from sports media personalities having an inside-the-ropes vantage point of the unthinkable feat, putting into perspective Woods’ extraordinary dominance over his peers, the likes of which may never be seen again.

The LPGA eTour Live on @wgtgolf by @Topgolf starts tomorrow! ?

Eight @LPGA and @ROAD2LPGA pros will battle it out in a match play bracket to see who is the #LPGAonWGT Champion! ?

The LPGA Tour won’t resume in earnest until July after its latest round of postponements, but diehard fans of the circuit will get to see some of their favorite players compete virtually via the Tour’s co-sanctioned eSports endeavor in partnership with Topgolf and World Golf Tour.

From the LPGA Tour release:

The Ladies Professional Golf Association (LPGA) announced today the launch of LPGA eTour Live, a match-play esports competition in an exclusive partnership with World Golf Tour (WGT) by Topgolf. Eight LPGA and Symetra Tour players will play head-to-head in a series of seven nine-hole, online matches twice a week beginning Wednesday, May 13, culminating with a championship match on Wednesday, June 3. All matches will take place at 2 p.m. EDT and will stream live on LPGA and Topgolf digital platforms.

“We are excited for this partnership with WGT and Topgolf to present an entertaining and alternative golf experience for all fans alike during a time when many are starved for competition,” said Brian Carroll, the LPGA’s Senior Vice President of Global Media Distribution. “This new endeavor is a creative way to showcase our LPGA and Symetra Tour players in an innovative online format, thanks to WGT and its incredibly realistic video game technology.”

BREAKING: The PGA of America just announced that Southern Hills will host the 2030 PGA Championship here in Tulsa. The 2021 Senior PGA is set to be played here next year. pic.twitter.com/LkRVb7k4ws

By the time Southern Hills hosts its next PGA Championship, it’s likely that the crazy and uncertain times in which we live currently will be a foggy memory.

The PGA of America announced on Tuesday that the Tulsa-based club would be the host of the second major championship of the year a decade from now.

Southern Hills was awarded a future PGA Championship in 2017, although the date was not specified. On Tuesday, the PGA of America cleared up the ambiguity, as the Wanamaker Trophy will visit the Oklahoma venue in 2030.

It will be the fifth PGA conducted at Southern Hills, the first since 2007. The course has also hosted three U.S. Opens and two U.S. Amateurs, and will serve as home to the 2021 Senior PGA next May.

During the summer of 2018, architect Gil Hanse and crew rebuilt much of the course, in the process re-establishing Perry Maxwell’s distinctive, gnarly edged bunkering. It is ranked No. 34 in the Golf Digest America’s 100 Greatest list.

With Southern Hills entrenched in the lineup, the PGA Championship has now lined up its venues for 11 of the next 12 years, with the lone open spot 2025. The upcoming slate is highlighted by Kiawah Island Ocean Course in 2021, Trump Bedminster in 2022 and Oak Hill in 2023.

We will be streaming the final group tomorrow at the @ScottsdaleOpen They will tee off at 12:42 EST (9:42 local) Carson Roberts leads by 1 over world #70 Joel Dahmen, Zach Smith is 3 back. Can’t wait. pic.twitter.com/POhxxgScfN

The Outlaw Tour will have itself a good old fashioned shootout on Thursday as relatively unknown former Mackenzie Tour pro Carson Roberts leads pre-tournament favorite Joel Dahmen by a stroke entering the final round. Recently-retired PGA Tour pro Colt Knost is in T4, four shots back.

Dahmen came in as the man to beat at the 54-hole event, having won it in 2017 and having fired a casual 58 last week during a round with friends. He followed an opening 65 with a 7-under 63 at Talking Stick Golf Club, at one point opening up a three-shot lead over the field. But he’ll start the final round alone in second place behind former Mackenzie Tour member Carson Roberts, who tied the course record with a second-round 61.

Roberts missed the cut in all six starts last year in Canada, but he has stayed busy during the coronavirus pandemic by playing in Arizona on the Outlaw Tour, including a six-shot win in early April when he shot 23 under for 54 holes.

Dahmen isn’t the only PGA Tour name chasing the 24-year-old leader. Colt Knost, who retired from Tour competition after this year’s Waste Management Phoenix Open, shows no signs of rust after rounds of 65-66 left him in a tie for fourth at 9 under, four shots behind Roberts. Two-time Tour winner Kevin Streelman is among a tie for ninth, as is first-round leader Nate Lashley who followed a 62 with a 71.