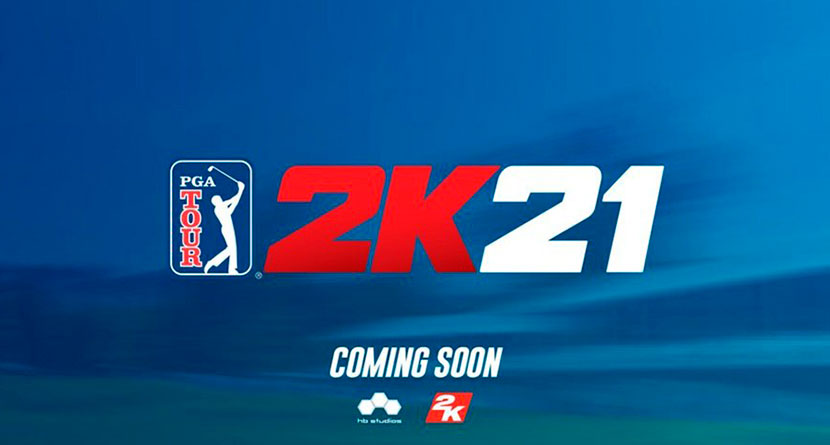 The golf video game space has been pretty quiet since the early 2010s. EA Sports created Tiger Woods PGA Tour, which ran through 2013, and then Rory McIlroy was the face of the franchise in 2015.

Since then, however, The Golf Club has been the biggest game in town. Now, HB Studios, creators of The Golf Club, will begin the licensing its franchise with the PGA Tour and its network of courses and players.

More information is expected to be released on May 14.

Augusta National is continuing to do its part to help its community during the coronavirus pandemic by donating a ton — literally, one ton — of food to local food bank, Golden Harvest Food Bank.

Augusta National’s donation consists of approximately 2,000 pounds of produce, bread and dairy items and 50,000 bags of potato chips. The food is being used to serve meals at The Master’s Table soup kitchen downtown, as well as emergency meals going out to those in the community.

The gift comes after Golden Harvest received a grant as part of the COVID-19 Emergency Relief Fund from United Way and Community Foundation of the CSRA.

The chips, in particular, bring an Augusta feel to the meals. The bags would have been used in concession stands at the Masters Tournament, so they adorn the famous logo. Golden Harvest executive director Amy Breitmann noted Augusta National’s creativity in utilizing its resources.

The World Amateur Team Championships were canceled today. Both men’s and women’s championships were scheduled to be held in Singapore … in October. Huge blow, especially considering next events won’t be until 2022.

After moving the World Amateur Team Championships from Hong Kong to Singapore due to concerns over social unrest, the event has been canceled by the IGF due to the coronavirus.

Dating back to 1958, the World Amateur Team Championships include up to 72 countries competing in 72 holes of stroke play competition. Each country fields two or three players with the two lowest scores counting per round.

The Espirito Santo Trophy for women was scheduled for Oct. 14-17 and the Eisenhower Trophy for men was to be played Oct. 21-24. Tanah Merah Country Club and Sentosa Golf Club in Singapore would have hosted both. Sentosa is a former Asia-Pacific Amateur Championship venue, and also hosts the HSBC Women’s World Championship, an LPGA event.

“This unprecedented decision was due to the global COVID-19 pandemic and the uncertainty that this has caused to ensuring that the 2020 WATC could be staged successfully,” said IGF Executive Director Antony Scanlon. “But most importantly, it was made to safeguard the health and safety of all athletes, officials and volunteers at the 2020 WATC, to which there was no certainty that this risk could be mitigated to an acceptable level.”

Maria Fassi will play against the men in a Moonlight Tour event this week. Her swing speed is similar to a Matt Kuchar or Brandt Snedeker.

Oh, and we talked about her career-long battle with the shanks.

As one of the longer hitters in the women’s game, Fassi and her coach, David Leadbetter, have one concern this week: that she’ll try to hit it past the men.

On Wednesday, Fassi will compete in a two-day men’s mini tour event at ChampionsGate near Orlando, Florida, where she now lives and practices. The Moonlight Tour event will be held on the International Course, and Fassi has been teeing it up from 7,300 yards to prepare.

“She’s probably one of the most powerful players ever to play on the LPGA tour, speed-wise,” said Leadbetter. The 2019 NCAA Champion reminds him of a young Michelle Wie in that respect.

Fassi’s clubhead speed average of 108 to 109 mph with driver puts her on the lower end of PGA Tour players and right in line with men that have made plenty of money, names like Brandt Snedeker, Matt Kuchar and Zach Johnson.