USGA Is Changing The Dustin Johnson Rule In 2017 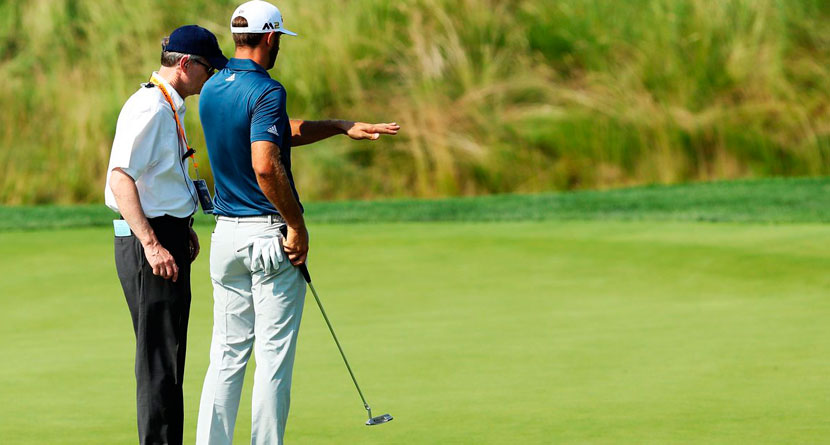 That was the case when the USGA announced that it would be making an amendment to Rule 18-2, which is more widely known as the Dustin Johnson Rule, in 2017. Since the Rules of Golf are amended once every four years — sorry, common sense — the new amendment will live as a Local Rule for the foreseeable future.

GolfDigest.com’s Ron Kaspriske has an explainer of the USGA’s change.

Effective Jan. 1, courses and tournament committees can enact a Local Rule that says if you, your caddie, your partner or your equipment accidentally move a ball or ball marker on the putting green, there is no penalty and the ball should be replaced.

This Local Rule, which was announced jointly by the USGA and R&A, also applies to your opponent or opponents in match play, the other side’s caddies and equipment.

“We’re golfers, too, and when we saw players penalized for minor movement of a ball on the putting green, it didn’t sit well with us,” says Thomas Pagel, senior director of the Rules of Golf and amateur status for the USGA. “I do hope people are excited about the change and it’s well received.”

Pagel added he could envision a time when this Local Rule becomes a permanent one—such as when the next revisions to the Rules of Golf go into effect in 2020—but “I’m not going to guarantee anything,” he says. Better yet? The USGA said all major professional tours, and the Masters, have agreed to implement the Local Rule. Credit where it’s due: well done, USGA.