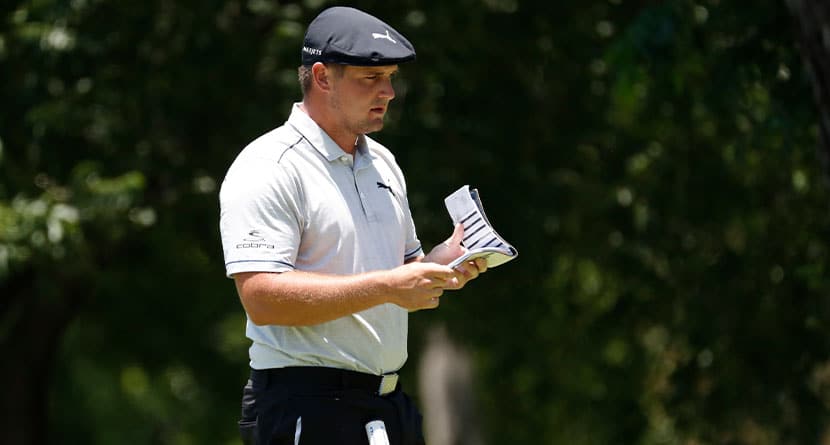 The 84th Masters kicks off on Thursday and Bryson DeChambeau’s incredible distance gains have once again dominated the lead-up to a major championship.

And while DeChambeau’s bomb-and-gauge style was validated with his first major championship victory in September at the U.S. Open, a massively important, yet largely overlooked aspect of DeChambeau’s win at Winged Foot was just how well he putted over the course of four days.

In fact, DeChambeau picked up more than 4.5 strokes on the field on the greens whereas his prodigious driving produced a +5.38 mark — impressive to be sure, but not nearly the singular reason he won. Additionally, his approach stats ranked third in the field at the U.S. Open meaning that not only was his length an advantage, every other facet of his game was clicking as well.

To DeChambeau’s credit, he’s self-aware of these facts.

“I can hit it as far as I want to, but it comes down to putting and chipping out here,” he said. “That is one of the things that I think people sometimes struggle to see. As much as I can gain an advantage off the tee, I still have to putt it well and chip it well and wedge it well and even iron play it well. That’s what I did at the U.S. Open. If I don’t putt it well at the Open, if I don’t wedge it well, if I don’t hit my irons close, I don’t win that tournament. So it always comes down to making the putts at the end of the day.”

So, what does that mean for this week at Augusta National? Nothing out of the ordinary, as driving the ball exceptionally well does not guarantee victory.

However, one of DeChambeau’s biggest assets on the greens, a green-reading book, which shows slope percentage and break via small arrows, is illegal at Augusta National. 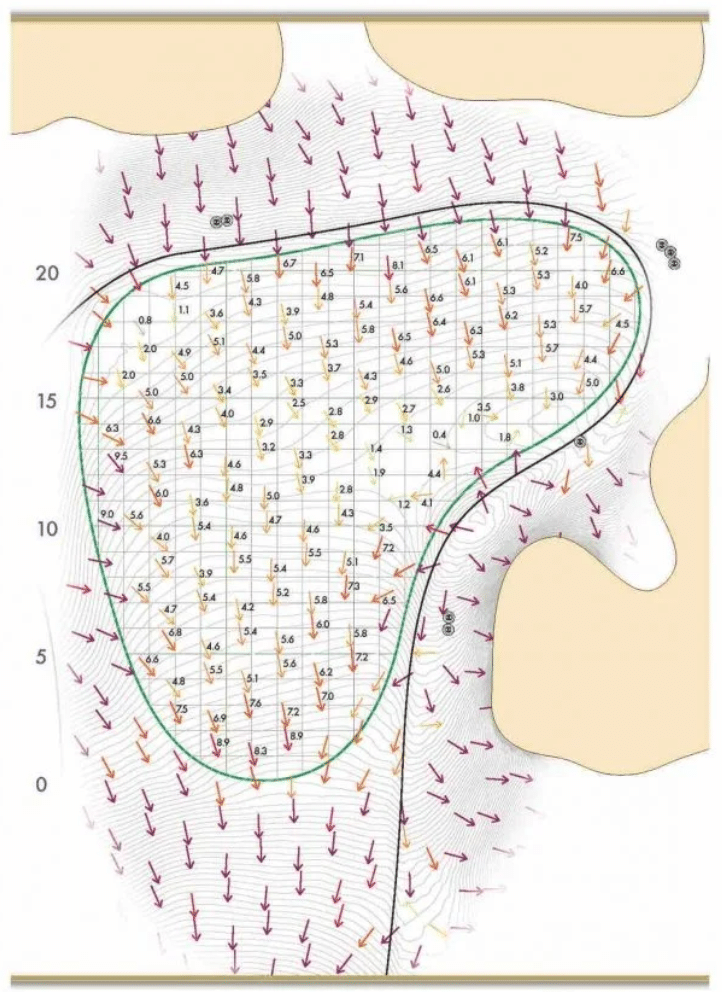 An example of what a green-reading book looks like. This is a depiction of Pebble Beach’s diabolical eighth green, courtesy of Pro Green Book, Ltd.

For a data-driven and analytical mind like DeChambeau, these objective and scientific views of the surfaces have been a godsend, but DeChambeau warns that his penchant for data doesn’t mean he’s any less of an artist on the course than other players.

“Absolutely, it’s a lot harder,” DeChambeau said Tuesday. “But growing up in college, we didn’t have greens books, and I played well then. I’ve played well here the last couple years and gotten pretty comfortable with the greens.”

The stats, at least at Augusta National, tell a different story, as The 15th Club’s Justin Ray pointed out.

There are 58 players with 8+ rounds at Augusta National over the last three years.

Of that group, Bryson DeChambeau ranks 58th (last) in strokes gained putting per round at The Masters.

And how does DeChambeau hope to offset the significant hole in his repertoire this year?

“It’ll be a lot more time spent on the greens these next few days,” he said earlier in the week. “I’m going to go out there today. We know somewhat where the pins are going to be, but I’m going to try and really get comfortable with those areas and in my mind know what they are just based on how much it’s breaking off of our starting line in that area. So I’ll do a really detailed practice around that on each and every hole location over the next couple days.

“At the end of the day, I still go based off of my intuition most of the time. I look at something, ‘OK, I think it looks a little like this.’ The times where I’ve putted best have been where my intuition is matched up with reality, and what it’s actually doing because sometimes (the greens books) can be wrong.”