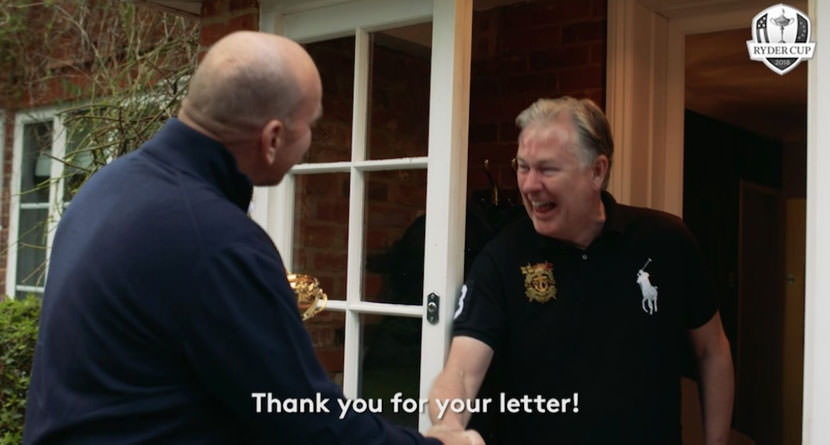 The 2018 Ryder Cup matches are still nearly six months away, but the European squad may have already taken an early lead thanks to an incredible back-and-forth between fan Stephen Atkinson and European Captain Thomas Bjorn.

Atkinson, an average golfer from Berkshire, England, made the difficult decision earlier this month to — tongue firmly placed in cheek — withdraw his name from consideration as a captain’s pick for the September matches in Paris citing his duties as the Captain of the Babalou Golf Society as well as his sub-par golf game.

Unbelievable
Where do I go from here?
Stephen, please reconsider @RyderCupEurope pic.twitter.com/eCcYZ3fDDT


Bjorn, who obviously has a lot of pressure on his shoulders to keep the European home soil winning streak intact — the Euros haven’t lost in Europe since 1993 — was devastated by the news that his player pool had dropped by one.

However, Bjorn one-upped his now-withdrawn player by not only posting his letter for the world to see but going to surprise Atkinson at his home earlier this week.

So the Captain returned the favour… pic.twitter.com/Py3PW92HGL

Atkinson was obviously surprised to answer the door and see Bjorn and the Ryder Cup staring back at him, but it made for a tremendous video, so kudos to both sides.

After seeing Atkinson wielding a wedge in his backyard, Bjorn was probably grateful that the Berkshire man decided that his game wasn’t up to snuff.