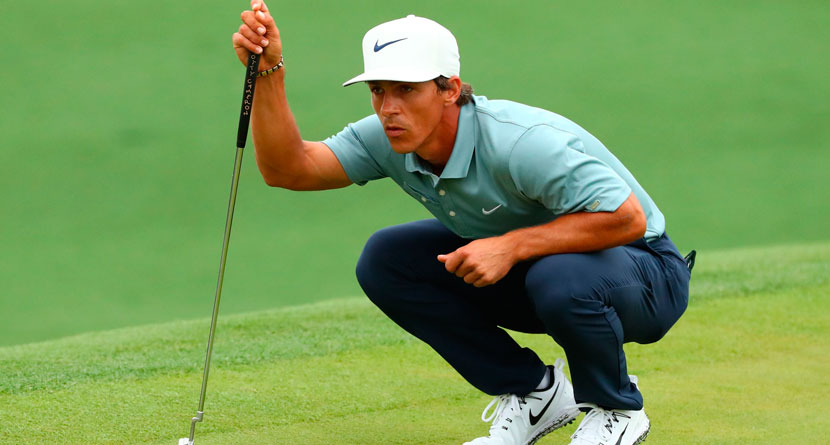 Just 15 miles away from Wentworth Golf Club, host of this week’s BMW PGA Championship, the flagship event of the European Tour, one of the circuit’s best players was entering a west London courthouse instead of preparing for one of the biggest tournaments of the year.

Thorbjorn Olesen was at Isleworth Crown Court on Wednesday for a short hearing stemming from his charges of sexual assault and being drunk on an aircraft, according to The Associated Press. A plea hearing is scheduled for December 13th.

The 29-year-old Danish golfer was retained following a flight from Memphis to London earlier this year following the completion of the WGC-FedEx St. Jude Invitational where the 2018 European Ryder Cup team member finished T27.

Not much to say, other than I’m pretty disappointed with today’s performance!

Now for some time off and practice to get things right ✈️ pic.twitter.com/ccrQ4H72sL

According to The Sun, Olesen went on a “tirade” before molesting a woman on a British Airways flight from Nashville to London following the WGC-FedEx St. Jude Invitational. Olesen is alleged to have verbally abused fellow passengers and the flight crew before fellow Tour pro Ian Poulter calmed him down.

The European Tour announced Olesen would be suspended in a public statement, adding that it would have no further comment while the legal case is ongoing.

Following Olesen’s appearance in court on September 18, the Tour confirmed to The Associated Press that he “remains suspended from the European Tour while the case continues.”

During Olesen’s first court appearance in August, prosecutor Rav Chodha argued that Olesen was part of a loud group and further claimed that the Dane grabbed a woman’s breast after kissing her neck. Olesen’s lawyer, Paul Morris, responded that Olesen had taken medicine before the flight that impacted his behavior. Olesen provided a sample, but it has not yet been analyzed.

“He started abusing some of the passengers and crew and then made a pass at one of the female passengers before taking a leak in the aisle,” a witness told the British paper. “It was shocking behavior. You would expect it maybe on a budget airline but not in the first-class cabin on (British Airways)”

Olesen, 29, has won 12 times as a professional, including five times on the European Tour. As a member of the victorious 2018 Ryder Cup team, Olesen went 1–1, including defeating Jordan Spieth in singles, 5&4. He is currently ranked No. 69 in the Official World Golf Rankings.