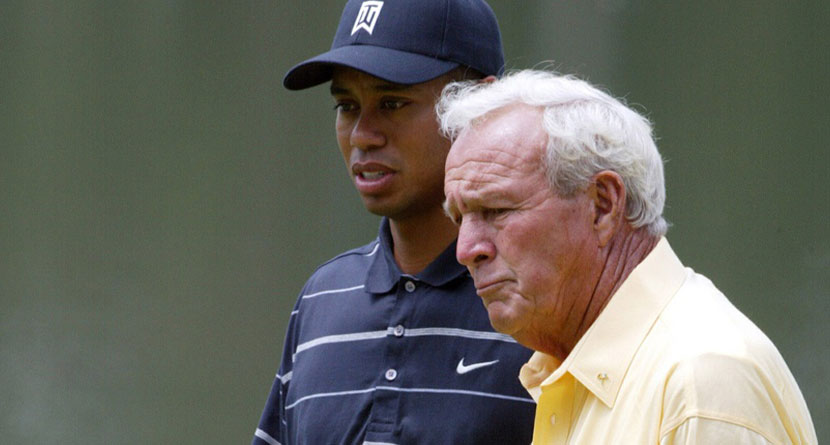 Golf is not only the game of a lifetime, it’s also a game that can pay you for a lifetime as evidenced by Sportico’s recently-released highest-paid athletes of all-time list.

Of the 25 athletes on the list, one-fifth of them were golfers, whose combined lifetime earnings, adjusted for inflation, nearly total $7 billion.

Unsurprisingly, Michael Jordan — who we could probably call a golfer at this point — topped the list at $2.62 billion despite earning more than $4 million in annual salary only twice over his 15-year NBA career. However, his clothing, shoes and apparel line has paid him more than $1 billion in royalties from Nike.

While Woods $121 million in on-course earnings is modest compared to top athletes’ standards, consider that Palmer ($3.6m) and Nicklaus ($5.7m) earned less than $11 million on the course combined.

“With competitive careers that can span 30 years or more, golfers have the longest shelf life of any pro athletes,” said Bob Dorfman, a sports marketing expert at Pinnacle Advertising. “Combine that with their global appeal across a broad and high-end fan demographic, and it’s no wonder so many rank high among the all-time earners in sports.”

Woods, Palmer and Nicklaus all accrued  most of their wealth through marketing and endorsements, but one major cash cow for golfers is golf course design, which Nicklaus and Palmer made into their second careers.

Nicklaus is the prototype for turning golf course design into cash flow as his design firm has completed 425 courses in 45 countries and 40 states.

“We included cash earned from equity stakes in sponsor companies, like James’ stakes in Beats Electronics and Durant’s share of Postmates, but did not factor in traditional investment income. Sportico included earnings during playing careers and retirement through June 1, 2021, and adjusted them for inflation. Earnings are calculated up until the time of death for Palmer and Bryant.”