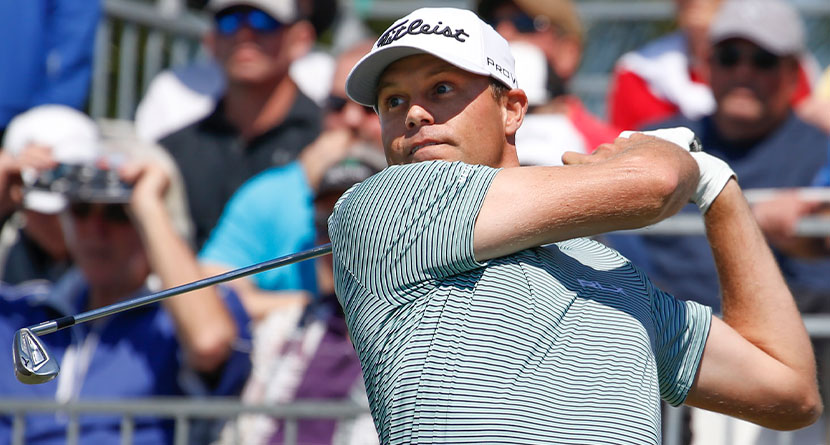 While the PGA Tour hunkers down in Dublin, Ohio for a two-week stay at Muirfield Villiage Golf Club — a decision precipitated by the cancellation of the John Deere Classic as well as to provide an additional playing opportunity without excess travel for the Tour and its members — no new positive COVID-19 tests have come back since before last week’s Rocket Mortgage Classic.

However, three players teeing it up this week in the Workday Charity Open — Dylan Frittelli, Denny McCarthy and Nick Watney — are still testing positive for coronavirus, but under the Center for Disease Control’s “Return to Work” guidelines and the PGA Tour’s “symptom-based model,” they can play.

In a press conference on Wednesday evening, Andy Levinson, the PGA Tour’s senior vice president of tournament administration, and PGA Tour medical advisor Dr. Tom Hospel clarified the reasoning behind the three players being allowed to play as well as how the Tour will handle such symptom-based cases going forward.

“In accordance with CDC guidelines, a player is permitted to return to competition after a period of 10 days of self-isolation from the point where symptoms originated and has no period of fever for at least 72 hours prior to that point,” Levinson said. “That is, again, the CDC’s guidance with respect to a symptom-based strategy for return to work.”

Dylan Frittelli, Denny McCarthy and Nick Watney playing in a COVID-19 group this week as they continue to test positive but meet CDC guidelines to return… https://t.co/jPis9AQ9nj

“In the beginning stages of the illness, that virus is assumed to be active virus that can cause infection, can be contagious,” Dr. Hospel added. “As time passes and as symptoms resolve and the patient or individual doesn’t have any fever and 10 days have passed, at that point the thought and theory is that this virus, this particle that’s being detected in the nasopharyngeal swab is no longer active or contagious or can potentially cause ongoing infection.

“What we have learned along the way is that in some instances, individuals can continue to test positive for weeks if not months beyond when their illness started, and the thought is that those individuals are no longer contagious, but you’re picking up dead virus.

“Relying on the CDC’s guidance following the symptom-based strategy, after 10 days have passed, clinically if their symptoms are improving and they have not had a fever for 72 hours with the help of medication, at that point the CDC has given us guidance that those individuals are allowed to return to work.”

As part of the Tour’s symptom-based model, Frittelli, Watney and McCarthy are operating this week and going forward under certain extenuating circumstances for the Tour to proceed under an abundance of caution.

“There would be some limitations put on them in terms of playing, so they would play either individually or with people in similar situations, and they would have some restricted access on-site,” Levinson said. “They would not be allowed in any of the facilities on-site. However, they would be permitted to compete.”

Levinson clarified that this course of action wasn’t an adjustment or a reaction, but the protocol that was put into place from the beginning of the restart. However, as the Tour is in its fifth week back and having had players test positive for the virus, this is the first time that the symptom-based model protocols had to be put into place.

Watney was the first of six PGA Tour players to test positive for COVID-19. He self-isolated following his withdrawal from the RBC Heritage three weeks ago. McCarthy was forced to withdraw from the Travelers Championship two weeks ago, while Frittelli tested positive prior to the start of last week’s Rocket Mortgage Classic.

Of the three other players to test positive, Cameron Champ is the only other player to have since returned to competition, operating under the Tour’s asymptomatic protocols.

Should any of the three players make the cut, they will go off as a single in their score-designated tee time on the weekend unless another player in their condition shoots the same score.