Three Shots At The Green: Best Bets For The Bermuda Championship 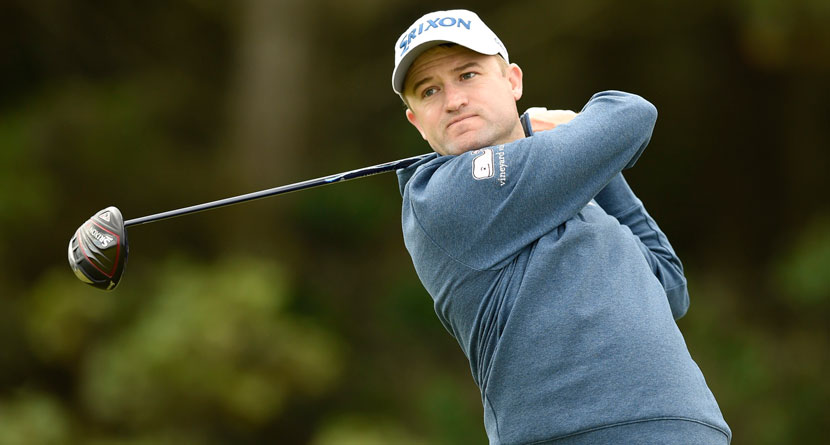 The PGA Tour heads east to a tiny island in the middle of the Atlantic Ocean, 600 miles due east of the North Carolina shore. Bermuda, known for short pants and low taxes for the wealthy, is a remote gem for golfers.

Despite being the shortest course on the circuit (6,831 yards), the par-71 Robert Trent Jones Sr. designed Port Royal GC should provide a firm test for the 132-man field.

This is the fourth edition of the Bermuda Championship and 15-under has proven to be the magic number for victory. Plodding putters Brendon Todd and Brian Gay won the first two years in Bermuda while Lucas Herbert scrambled his way to the crown last year. Bombers like Taylor Pendrith and Wyndham Clark have been successful as well.

First, let’s talk about the weather. It’s going to be an adventure. There’s a weak nontropical low pressure spinning around the island through the weekend. Rain and strong winds (30 mph plus) are in the forecast. Players expect the wind to blow on an island, but this could be extreme.

Where are you hitting your tee shot? pic.twitter.com/LejaMfULWy

Proceed with caution when making any wagers. Check the last-minute forecast Wednesday night, if possible, to try and discern if either wave has an advantage. I always have confidence in the plays presented here, but the weather is a powerful variable that must be considered.

The course itself has seven short par-4s (350-400 yards) and three long par-3s (200-plus). Past comments from players emphasize the value of playing from the fairways, which are some of the most difficult to hit on the Tour schedule (53 percent compared to Tour average of 62 percent). But scoring opportunities are available from the rough. Shotlink data isn’t available for this tournament; the old fashioned stats reveal Herbert was T-53 in fairways and T-58 in GIRs on his way to victory last year.

Let’s keep this one simple. Knox has played in all three Bermuda Championships and finished in the top 20 each time. The native of Scotland is no stranger to the wind and rain. His combination of accurate tee shots and superb proximity from outside 200 yards should generate birdie chances and easy pars.

Knox struggles on the greens so the veteran is always more attractive in tournaments where scoring can be difficult. If the weather is rough, 10-under may be good enough to win and avoiding bogeys (fifth in field) is another strength for Knox.

Ryder finished 45-28-36 in his three most recent starts this fall. He’s in the top quarter of the field in recent SG: Tee-to-Green, scoring in windy conditions and has gained strokes on approach in six of the last seven measured starts. Ryder missed the cut in his only Bermuda appearance in 2020 but his game has quietly been trending upward since he hired veteran caddie Brent Everson about a year ago.

He also putts his best on Bermuda greens and is well above the average in hitting fairways and avoiding penalty shots on difficult driving courses. He’ll take advantage of the weaker field, collect a hefty check and make it a pleasant weekend on the island.

Had my eye on this fellow North Carolinian for several years and his play on the Korn Ferry Tour last year punctuated by a fourth place finish at the Wyndham in August pushed him up my short list of players to watch and back in 2022-23. Griffin gained 6.2 shots on approach at Sanderson Farms and 2.8 at Shriners. His short game is strong and he has plenty of practice putting on Bermuda greens.

I’m expecting Griffin to qualify for the FedEx Cup playoffs next August and earning a chunk of points in Bermuda will put him on that path. He slotted in the top-10 of every model I built this week so enjoy this value while it lasts.

Last Week: Even. Tommy Fleetwood +200 finished easily inside the Top-20; Brian Harman missed that mark by two shots; Jordan Spieth’s shot at a Top-10 was ruined by a disastrous opening round. You’re on notice until the new year, Mr. Spieth.