Three Shots At The Green: Best Bets For The CJ Cup In South Carolina 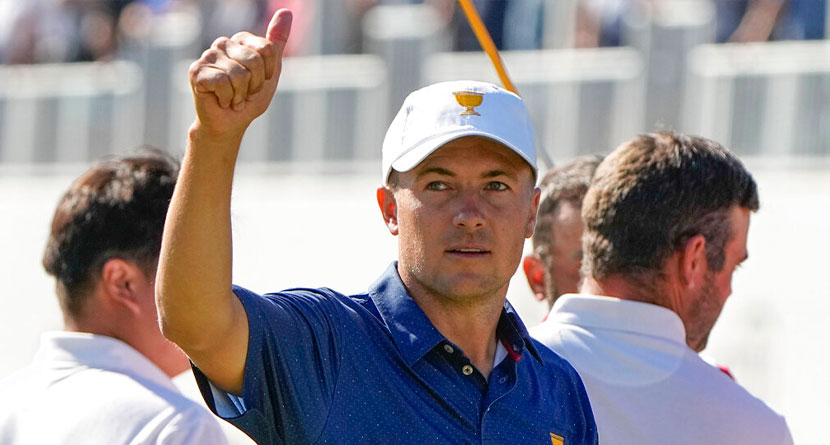 Firm, fast conditions, fairways bordered by massive waste areas and tightly mown green surrounds will test the pros in each facet of their game. Congaree is a Tom Fazio layout measuring more than 7,650 yards from the tips and playing to a par of 71.

When the Tour visited Congaree last summer – as a last minute replacement for the canceled Canadian Open – the pros faced a soft, receptive course. Still, 11-under par was enough to secure the victory. The drier conditions and cooler air in the Southeast this time of year means Congaree will force players to control the shape and distance of their shots or risk playing too many shots from the sand. Reaching double digits under par will likely be good enough to secure the trophy again.

By request, a few from Congaree Golf Club, a lowcountry gem by Tom Fazio. The list of accolades this course has received, including Golf Digest’s 2018 Best New Private Course, is long, but most impressive is the club’s philanthropic mission to support disadvantaged youth. pic.twitter.com/aFnIJPANte

I identified pros in solid recent Tee-to-Green form, excellent with their long irons and sharp skills around the greens. Those who have consistently putted well on Champion Bermudagrass greens also received a closer look.

Since the unbeaten week at the Presidents Cup, the three-time major champion has been at home, spending time with his 11-month old son and working on his game. This is his first trip to Congaree and he loves the course.

“It’s really, really cool. I mean, I very much enjoyed the nine holes I played, looking forward to seeing the rest of it today,” he said. “Just the whole setting here, it reminds me of a couple of my favorite places that I’ve been and should be a nice firm test for everybody.”

Spieth also mentioned how he wants good results in the fall so he doesn’t feel like he’s so far behind when the Tour reconvenes in Kapalua in January.

He likes the progress he’s making with his swing and gained 5.2 shots on approach at the Tour Championship.

The Englishman has played four times on the DP World Tour in the last month or so, finishing between 22nd and 57th. Prior to that he finished 20th or better in 7 of 13 PGA Tour starts, including top-5s at The Open and the Scottish Open.

Fleetwood and Congaree seem like a good fit. He’s top-10 in both Greens in Regulation and Bogey Avoidance on courses longer than 7,400 yards and also top-10 in Sand Saves on any course over the last 50 rounds.

Fleetwood also has some familiarity with Congaree finishing T-35 in the Palmetto Championship here last year.

A resident of Sea Island and Georgia native, Harman cracked the top-10 of our model this week because of his impeccable short game and scoring ability on difficult courses.

Harman likes to fish and hunt this time of year but his golf game is also in good form, notching a T-15 two weeks ago in Las Vegas. He gained three shots on approach in that effort and his irons have been sharp since May. Harman has finished 21st or better in seven of the last 14 tournaments and will likely have a few fans behind him on the sprawling property in South Carolina.

There’s solid value on Harman to hang around the leaderboard for four days in this short field.