Three Shots At The Green: Best Bets For The Farmers Insurance Open 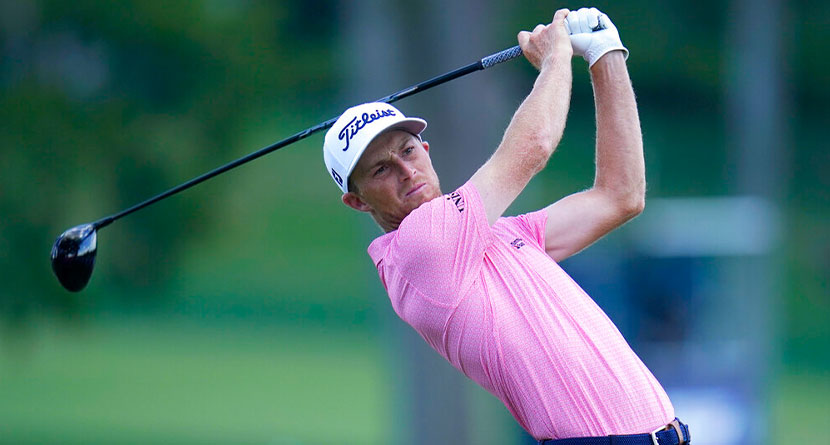 The traveling pro golf carnival lands in San Diego this week for one of my favorite events on the schedule, the Farmers Insurance Open.

Torrey Pines – the most difficult muni on the West Coast – is again the scenic host. The tournament runs from Wednesday to Saturday again this year to avoid interfering with the NFL conference championship games.


The 156-man field plays one round on the shorter, easier North course and one on the demanding South. After the rare Thursday cut, the low 65 and ties return to the South, the longest course on the PGA Tour, measuring 7,765 yards. Both courses play to a par 72.

There are some agronomic and meteorologic issues to discuss. For starters, the North course features bentgrass greens while the South has everyone’s favorite nuisance, poa annua.

Also, it’s been a wet January in southern California and early reports from participants on-site and the course superintendent reveal the rough is lush and the course is playing longer than ever. Thursday’s forecast calls for winds near 20 mph. Temperatures are expected to reach the upper 50s and lower 60s each afternoon.

Torrey Pines South is straightforward and demanding, requiring power off the tee (more this year than ever), excellent mid-to-long iron play and the ability to maneuver out of the gnarly Kikuya rough bordering the fairways and surrounding the greens, nearly all of which are guarded by bunkers.

We’re probably looking at a 12-to-15-under-par winning score here, so taking advantage of the North course (500 yards shorter) is imperative. Firing something around 65 or 66 over there and hanging on tight on the South isn’t the worst recipe for success.

This week’s model focused on recent Tee-to-Green excellence, players with success on courses longer than 7,400 yards, those who hit the most greens in regulation from 175-225 yards and players comfortable pitching to and putting on poa annua greens. There’s a strong history of players with California roots performing well here.

Last year Zalatoris had an 8-foot birdie putt on the 72nd hole to win the tournament. He missed and eventually lost in a playoff to Luke List. Since then, Zalatoris secured his first PGA Tour victory, suffered a back injury and made a slight swing change. He’s played twice in 2023 with modest results but this type of championship test is made for his powerful game.

Zalatoris is top-5 in the field in SG: Tee-to-Green and scoring on courses longer than 7,400 yards over the last 50 rounds. He leads this strong field in proximity from outside 200 yards (hello, approach shot on No. 12!) and is fifth in greens in regulation. Sprinkle a little on Will Z to win the tournament, if you’d like, because he’ll be in the hunt all week.

I loved what I saw from Kitayama in 2021-22, his first full season on the PGA Tour. He’s not afraid of strong fields or big-boy golf courses. He finished runner-up three times. The men who beat him? Jon Rahm, Xander Schauffele and Rory McIlroy.

A California native, Kitayama is pound-for-pound one of the longest drivers in the game, ranking 18th in this field in distance. He’s excellent around the greens on poa annua surfaces and 15th in proximity from 175-200 yards. Kitayama missed the cut here last year but gained 1.9 shots Tee-to-Green. He’s a much more accomplished player this time around.

A little cool weather won’t bother the powerful Canadian who enjoyed his maiden voyage around Torrey Pines last year, finishing tied for 16th. He’s third in the field in driving distance and top-25 in all the key Tee-to-Green and ballstriking metrics we valued this week.

I saw improvement in his short game over the latter part of last season and he bettered the field average last week in La Quinta, where he chipped away the winter rust. Torrey Pines South is the kind of course that eliminates about half the field before the tournament begins. Pendrith possesses the skill set required to put together four strong rounds.