Three Shots At The Green: Best Bets For The Fortinet Championship 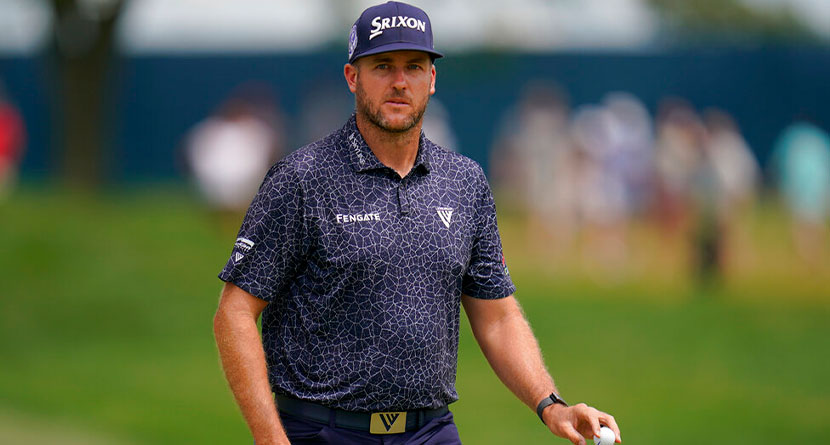 Footballs are flying and cooler temperatures have arrived in certain corners of the country. But let us pause the pigskin and enjoy the final edition of the PGA Tour’s packed fall schedule, as we know it.

The Fortinet Championship in Napa, California once again serves as the starting point for the Tour’s wraparound season. There’s a full field on hand at the Silverado Resort to tackle the North Course, a 7,123-yard, par-72 design that rewards a variety of styles.

Plodders like Kevin Na, Chez Reavie and Emiliano Grillo have won here. So have longer hitters like Brendan Steele, Max Homa and Stewart Cink. With minimal rough, four reachable par-5s and a heavy dose of approach shots from inside 150 yards, I tend to favor the latter group on a course where it will likely take 20-under par to claim the trophy.

Poa annua greens can be tricky to some. The contours themselves are smallish and undulating, making a strong short game an asset. But ultimately this event comes down to creating birdie opportunities consistently over four days. Because we want to build a bankroll early in the season, I focused on the value in the placement market this week as we take three shots at the green.

The powerful Canadian returned from a rib injury and dialed in his iron play in the final six weeks of the 2021-22 season, finishing 47th in the final FedEx Cup standings to solidify an excellent rookie season. Now, aided by several top players joining the LIV Golf Tour, he’ll represent the International side in two weeks at the Presidents Cup.

This course is somewhat similar to Detroit Golf Club, where Pendrith beat everyone except Tony Finau. He finished 13th or better in four of his last five starts and his combination of driving distance (7th in the field), approach play (24th in SG) and birdie-making ability (24th on shorter courses) makes him a wise play at Silverado.

Much like Pendrith, the young Aussie found his groove during the summer schedule, finishing 16th or better in six of his last nine tournaments and landing 56th in the final FedEx standings. His second PGA Tour win feels imminent and this course should be a perfect fit.

Throughout his career, Davis has thrived on shorter courses and been content in low-scoring affairs. His length off the tee and excellent scrambling ability enables him to convert birdie opportunities on the par-5s and he seems much more comfortable on the leaderboard on the weekend. Davis also has value in the top-10 market, if you are so inclined.

Nobody in America wasted more units than I did on Svensson to win last year. His fellow Canadians told me five or six years ago about his ball-striking prowess. He did little to discredit those reports in his rookie campaign, finishing 41st on the PGA Tour in SG: Approach and a respectable 93rd in SG: Tee-to-Green. Scrambling (155th) and Sunday play (180th in scoring) kept him from advancing to the second FedEx playoff event.

I’d expect significant improvement in both areas. That combined with course and location familiarity should lead to better results. He’s arguably the best in the field inside 150 yards but below average putting on poa annua points us toward the top-40 market and nothing higher.