Three Shots At The Green: Best Bets For The Rocket Mortgage Classic 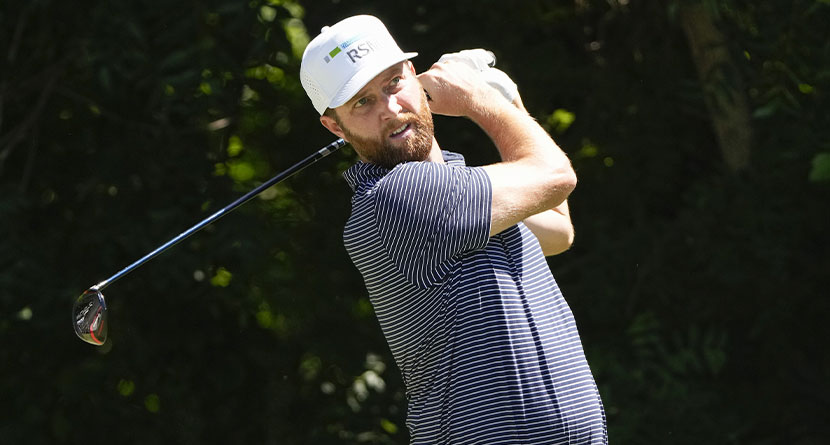 Welcome to a new feature here at Swing U, Three Shots at the Green, where each week I’ll use my experience as a PGA Tour caddie and golf writer to identify the three best bets on the board.

First, a rundown of the course.

The Rocket Mortgage Classic is the second-to-last event on the PGA Tour regular season schedule and is held once again at the venerable Detroit Golf Club, a 7,300-yard, par-72 Donald Ross layout.

This is the fourth consecutive year the Tour has come to Detroit GC and longshots Nate Lashley (2019) and Cam Davis (2021) claimed two of the titles while mad-bombing favorite Bryson DeChambeau rolled to the crown in 2020.

With only one water hazard on the course, three reachable par-5s and four short par-4s, power players have thrived here in the past. But not exclusively. For example, Kevin Kisner, one of the shorter hitters on the Tour, has the lowest scoring average at Detroit GC and a pair of top-10s for his effort.

Putting matters every week on the PGA Tour, and is especially important this week. With little trouble off the tee and a rather straightforward ball-striking test presented, hitting a large percentage of fairways and greens isn’t difficult. Converting those opportunities is critical on a layout where the winning score is likely in the 20-under neighborhood.

Reports from Detroit reveal the course is playing firmer and faster than in past years, which should allow the shorter, accurate types to compete.

On to the plays …

The former Georgia Bulldog played in the Rocket Mortgage the last two years, finishing T-21 and T-12. He’s eighth in the field in Strokes Gained: Tee-to-Green over the last 24 rounds and is having a solid season with four top-10s in his last 12 starts.

His short game is terrific, which should allow him to maintain momentum by saving pars and converting birdie chances on the par-5s. Throughout his career and recently he’s gained in proximity from 75-150 yards, a vital range on a course where 40 percent of the approach shots come from that distance.

He’s been playing well for two years and presents a good value to break through and win again.

The Venezuelan veteran has performed below his standard over the last two months, but he’s always an interesting play in a shootout. During his career, he’s comfortable making enough birdies on easier courses to climb the leaderboard.

He continues to gain strokes Off-The-Tee in each tournament and while his iron play has been inconsistent, there’s less of a premium on approach shots compared to the average Tour week. At this price, it’s worth a sprinkle.

He has power, can putt and thrives in easier scoring conditions. McNealy had three consecutive top-20s prior to last week and was on the verge of another at the 3M Open until he dropped 25 spots on the last two holes on Sunday.

He finished 21st and 8th here the last two years, gaining shots across the board, including 6.5 on the greens in 2020. You could make a case for McNealy, who has hit his stride this season on the PGA Tour, as an outright or top-10 play as well.