Three Shots At The Green: Best Bets For The RSM Classic 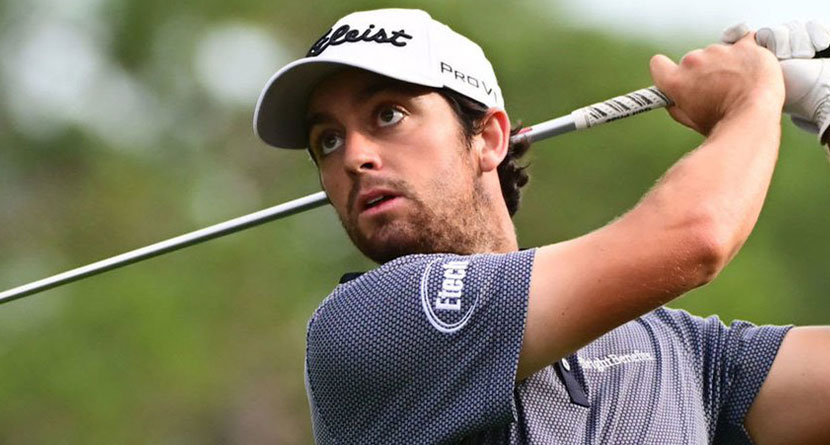 The 2022 portion of PGA Tour schedule comes to a conclusion this week in coastal Georgia.

The RSM Classic, held at Sea Island’s Seaside and Plantation courses, is the final stop on the long, winding road that started in Hawaii in January. There are worse places to end the year.

Neither course is long, each a par-70 measuring a shade over 7,000 yards and both favor positional players, similar to Mayakoba, Harbour Town, and Waialae. Pure, slick Bermuda greens tend to reward the best putters as recent past champions Kevin Kisner, Mackenzie Hughes, Robert Streb and Talor Gooch were among the leaders on the greens en route to victory.

A breathtaking view that does allow a birdie for the players. Playing only 408, a great tee shot sets up the short second. 79 birdies were carded here in 2021 making #13 the second most birdied par 4 on the course.#PoweredByPlayers #RSMClassic pic.twitter.com/cElVZ3So7f

Roughly 45 percent of approach shots are struck from 125-175 yards and the greens are easy to hit in regulation by Tour standards (74 percent compared to the average of 66). Avoiding disaster off the tee and hitting crisp irons to the proper quadrant of the green to set up makeable birdie putts is the formula for success at Sea Island.

For the last time in 2022, let’s take three shots at the green

Strong iron play in Houston last week led to a T-27 for Riley, continuing a trend we’ve seen from him this fall when he’s collected two top-25 finishes. One bad round or poor stretch of holes has kept him from climbing higher on the leaderboard.

His proximity from 125-175 yards is trending upward as the schedule draws to a close. He finished 13th at the Wyndham and 20th at Waialae earlier this year and those results make us optimistic he can crack the top-10 this week.

While his back-nine collapse in the final round of the Bermuda Championship is likely the lasting Griffin image for most observers this fall, his steady play in his first full season as a PGA Tour member shouldn’t be overlooked. The North Carolina native loves playing on Bermuda greens and is among the best in the field from 100-150 yards – the key scoring range at Sea Island this week. He finished fourth at the Wyndham on similar surfaces in August and gained shots in every measurable area – including 1.7 on approach – in a tie for 16tth in Houston last week. Griffin has taken a huge step toward locking up a spot in the FedEx Cup playoffs and should play loose and free in the finale.

Did you know that Rose won the Telegraph Junior Championship at Sea Island in 1997? He also finished T-12 here last year and played in the final group last week in Houston, finishing tied for ninth.

It’s a resurgence for the former world No. 1 who is 11th in the field in proximity from 150-175 yards over the last 100 rounds. If Rose can tidy up his short game this week – another essential ingredient at Sea Island – he could threaten to win in a field void of massive starpower.