Three Shots At The Green: Best Bets For The Shriners Children’s Open 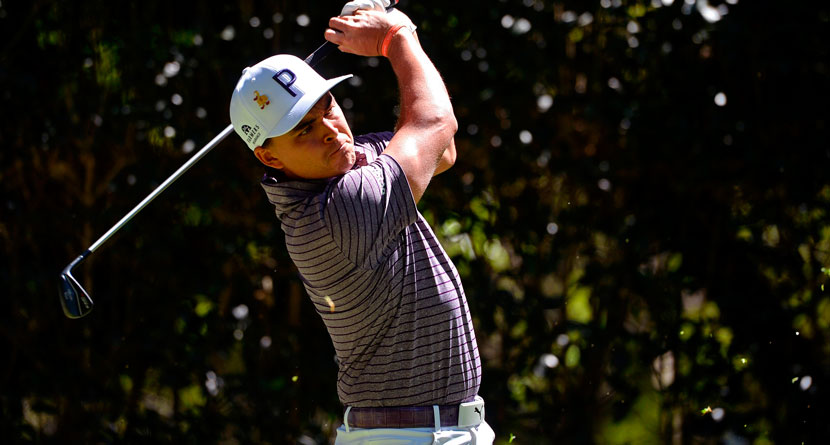 The PGA Tour keeps rolling to the American desert this week, making the annual stop in the adult playground of Las Vegas for the Shriners Children’s Open.

TPC Summerlin is once again the host course for the 144-man field. It’s another straightforward test from tee-to-green although water hazards and risk/reward shots deliver excitement to the closing stretch.

The easiest par-71 on the Tour schedule, TPC Summerlin was the sixth-easiest course overall in the 2021-22 season and five of the last six winners reached 20-under par. It’s a putting contest among those who hit the ball the best, if that makes sense, rewarding players who are accurate from 125-175 yards and can take advantage of the three reachable par-5s and a driveable par-4.

The bentgrass greens aren’t particularly fast or complicated. The rough is a measly two inches and offers little resistance, although it’s worth noting the greens and fairways were re-grassed after last year’s tournament, so the course could play a shade firmer than normal.

We’re off to a slow start in the fall swing, but in Vegas, you’re only one good hand from a winner. Let’s take three shots at the green.

For years, Grillo was the captain of Team No Putt, routinely finishing among the Tour’s top ball-strikers but wallowing near the bottom on the greens. Then, sometime last summer Grillo had an epiphany with the putter. He’s gained 1.8 shots or more putting in each of his last six tournaments and became a regular contender, landing in the top-5 last week at the Sanderson Farms.

Grillo is among the best in the field from 125-175 yards and therefore creates ample birdie opportunities on shorter courses in easy scoring conditions.

The young Aussie looked like he belonged on the International side during the recent Presidents Cup matches and his solid performance throughout the week at Quail Hollow should buoy his confidence and allow him to climb another rung on the Tour hierarchy.

Davis is 11th in the field in SG: Tee-to-Green over the last 36 rounds, sixth in Birdies or Better over the last 50 and fifth in par-5 scoring. If he can avoid costly tee shots, I fully expect Davis to hang around the leaderboard throughout the weekend.

For the last two years, I avoided Fowler on fantasy rosters and in betting markets. But his top-10 finish at the Fortinet was promising and his willingness to change – caddie, clubs, coach – along with his commitment to the PGA Tour proves he’s focused on reviving his career.

Unlike some of his peers, Fowler is healthy. His swing looked solid in Napa and now he comes to the desert where his track record is strong (won in Scottsdale, a contender at PGA West, fourth in 2018 Shriners). Fowler gained 7.3 shots Tee-to-Green at Napa, his best effort since the PGA Championship in May. He’ll continue his resurgence this week under sunny skies in Vegas.