Three Shots At The Green: Best Bets For The Zozo Championship 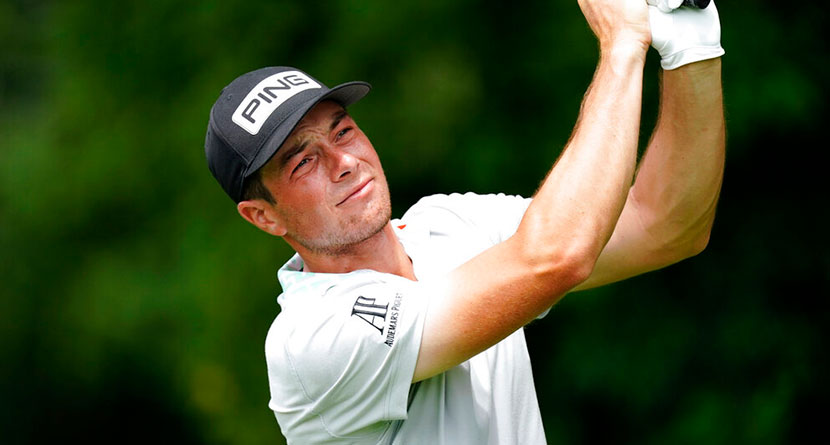 The PGA Tour heads to the Far East this week for the Zozo Championship, a homecoming for defending champion Hideki Matsuyama. The 78-man field doesn’t have to worry about a pesky 36-hole cut and is guaranteed a share of the $11 million purse.

Accordia Golf Narashino is the host course for the third time in the last four years, and it’s a gem. ShotLink data isn’t available but current PGA Tour caddies tell us Narashino tests every aspect of a player’s game, in particular driving that sets up angles inside the thick strands of trees framing the fairways.

I emphasized recent Tee-to-Green play, above-average drivers and players with a track record of success on fast, undulating bentgrass greens. It’s a long trip to Tokyo and Narashino isn’t the type of course where an out-of-form player can rediscover his game.

The placement odds aren’t great in a short field with no cut but the young Chilean arrives in Japan fresh off a top-five at the Shriners where he led the field in SG: Approach. He also was in contention (should have won) the PGA Championship on bentgrass greens last May at Southern Hills and is one of the best drivers of the golf ball in the professional game.

While I’m somewhat surprised Pereira didn’t join fellow countryman Joaquin Niemann and friends Sergio Garcia and Carlos Ortiz on the LIV Tour – at least not yet anyway – his presence in Japan tells me he’s serious about snagging his first PGA Tour title and building his career against the best players in the world.

The Norwegian Forest Cat thrives in the fall and in tournaments held outside the United States. He also possesses the ballstriking prowess to pick apart Narashino and has flashed success putting on bentgrass.

The short game is always the question mark for Hovland but he’s good enough from tee-to-green to flourish with accurate drives and precise iron shots. Hovland is 12th in SG: Off-the-Tee and ninth in SG: Approach over the last 50 rounds.

Everything about Narashino makes Conners a perfect fit. He’s arguably the most accurate player in pro golf (1st in SG: Ballstriking over the last 50 rounds) and has enjoyed recent success on other treelined placement courses, finishing sixth in Canada and fifth at the BMW Championship.

Conners has also played well at Augusta National, finishing sixth and eighth in the last two Masters. He also grew up on bentgrass greens in Canada. In this field, Kodaira is 41st in SG: Ballstriking and Malnati is 62nd. The Canadian will help us rebuild our bankroll Thursday night.