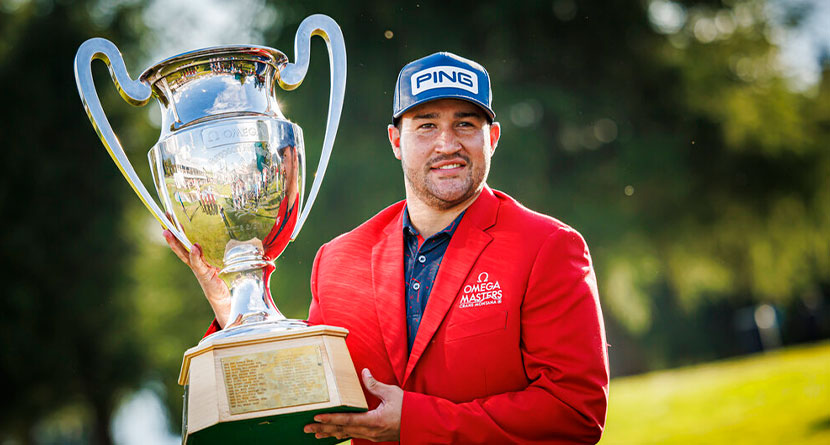 The 25-year-old Lawrence earned his second title on the European tour this season — and a prize of 333,333 euros ($332,000) — to add to the opening Joburg Open in his native South Africa last November.

Starting the day with a three-shot lead, Lawrence carded a 1-under 69 for an 18-under total of 262 at the high-altitude Crans-sur-Sierre Golf Club.

Lawrence’s round included four birdies, including a 30-foot putt on the par-3 third hole, a double-bogey at the par-4 fifth and a bogey at par-3 16th that dropped him into a share of the lead.

Wallace, playing in the group ahead, fired a bogey-free round of 66 to go into his third career playoff. He won the previous two in 2018. It was a first career playoff for Lawrence.

Playing the par-4 18th hole again, Lawrence hit his approach pin high while Wallace put his at the top of the green and left a downhill putt for birdie well short. Lawrence safely two-putted for the title.

They had finished two shots ahead of Richard Mansell (67).

On a sun-drenched, still day in the scenic Swiss Alps, all the top-20 finishers shot under-par rounds in the 60s, including 2016 Masters champion Danny Willett. His 66 left him tied for ninth place at 13 under.