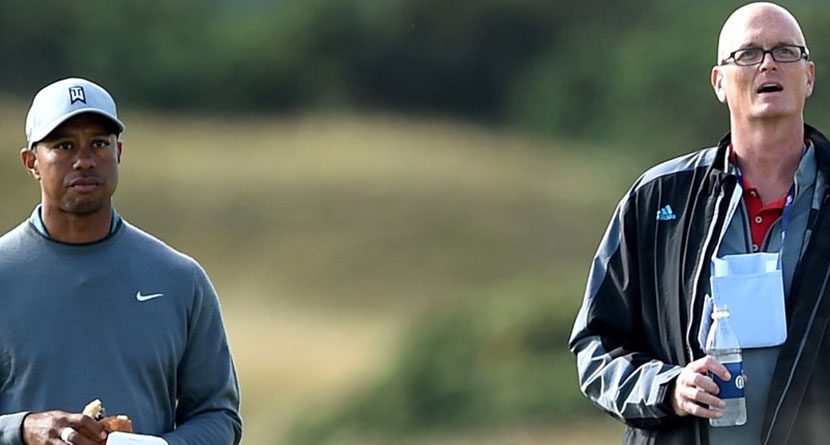 Tiger Woods usually talks when Tiger Woods wants to talk. Very rarely do we catch Tiger out of his element, but that’s exactly what happened on Wednesday when he accidentally called into the Barstool Sports podcast Pardon My Take.

As part their hit podcast, Dan “Big Cat” Katz and PFT Commenter — real name unknown — end every interview with two questions, the first of which is, “who is the most famous person in your cell phone and call we call him (or her)?” In the second part of an all-encompassing and entertaining interview with ESPN’s Scott Van Pelt, the PMT guys came to their final questions after touching on the Tiger topic a few times.

SVP knew the drill and had his cell phone ready to dial up Woods, undoubtedly hoping TW wouldn’t answer. He didn’t.

But he called back and gave his first impromptu interview since he was a preteen. Enjoy the full Tiger portion below.