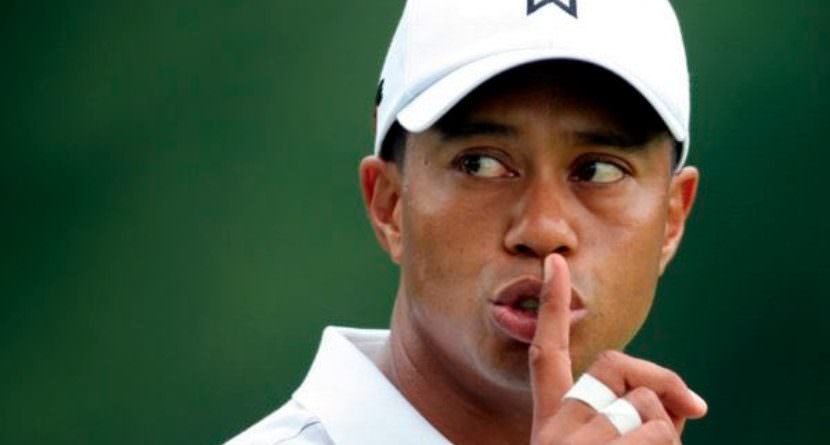 Tiger Woods commutes to Dubai just like you. Well, maybe that’s a stretch. That is, unless you fly first class and show up to the airport for an international flight 30 minutes prior to a late departure.

Regardless, he was flying a commercially from Los Angeles to the Omega Dubai Desert Classic and almost missed his flight because of political protests.

Tiger Woods found himself caught up in the protesting Sunday night at Los Angeles International Airport as thousands of demonstrators shut down traffic in front of Tom Bradley International Terminal because of President Donald Trump’s travel restrictions.

“We were on the other side of the terminal. You could see it,” Woods said. “But we just couldn’t get there.”

For the first time in what Woods estimated to be at least 10 years, he was taking a commercial flight, mostly because of the convenience of having a nonstop option from Los Angeles. It is unclear if some strings were pulled, but Woods arrived just 30 minutes prior to departure for a flight that left late.

First commercial flight in 10 years! Let’s be honest, he’s not going to be crammed back in coach, so talk to us when you’re stuck by the lavatory and have to share an armrest with a total stranger for 15 hours.

He did show some skin when he arrived in the desert, though. Taking full advantage of the European Tour’s shorts provision during practice days, Tiger flaunted those 14-time winning major legs around the range.

This is something you won’t see on the PGA Tour: Tiger Woods in shorts. The European… https://t.co/G2SKoKWVVv pic.twitter.com/NXXxLlv9iS