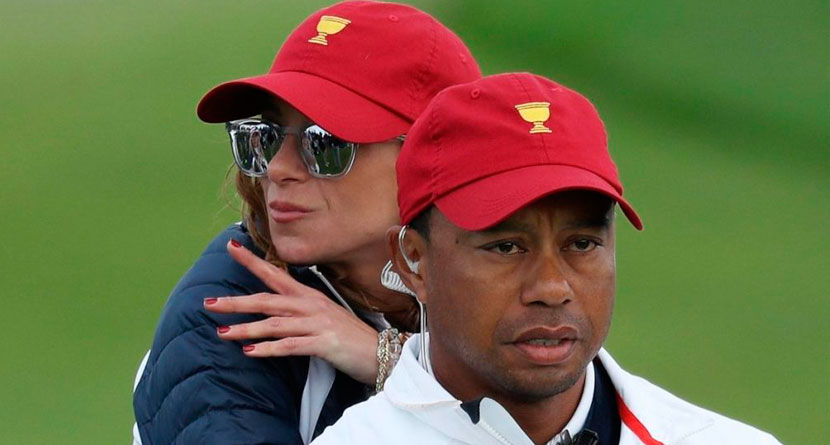 Tiger Woods and his girlfriend, Erica Herman, the general manager at The Woods Jupiter, are being sued for wrongful death by the parents of a former bartender at the Woods-owned restaurant who died in a drunk-driving accident late last year, according to a complaint filed in Palm Beach County on Monday.

According to the lawsuit, 24-year-old Nicholas Immesberger finished his bartending shift at 3 p.m. on December 10, 2018, but remained at the bar and was served to “severe intoxication” by The Woods staff.

Immesberger died of injuries sustained in the crash after leaving the establishment. Immesberger had a blood-alcohol level of .256 at the time of his death, more than three times the legal limit.

In addressing Woods specifically, the lawsuit alleges “Tiger knew, or reasonably should have known, that Immesberger was habitually addicted to the use of any or all alcoholic beverages, and/or was a habitual drunkard.” Similarly, the lawsuit said Herman  “personally knew Immesberger, specifically recruited him to work at The Woods and was well aware of Immesberger’s habitual abuse of alcohol.”

Nicholas Immesberger’s parents claim Woods and his girlfriend Erica Herman knew their son personally and that he struggled “with the disease of alcoholism.”https://t.co/y2QQCBg5f8

“Tiger is individually liable in this action because he individually participated in the serving of alcohol,” the lawsuit contends.

USA Today asserted that “under state alcohol laws, (Woods) potentially could be held liable as an owner of the establishment even if he wasn’t physically at the venue if a foreseeable risk of injury or death occurs due to over-serving somebody with a known history of alcohol abuse issues.”

We filed a wrongful death lawsuit against Tiger Woods, Erica Herman, and The Woods Restaurant for dram shop negligence in the death of our client’s family, Nicholas Immesberger. Press conference tomorrow at 10a. Read about it -> https://t.co/8cRBU9CrNw

Woods is currently in New York preparing to compete in this week’s PGA Championship at Bethpage Black. Neither he nor his representation have commented publicly on the lawsuit.