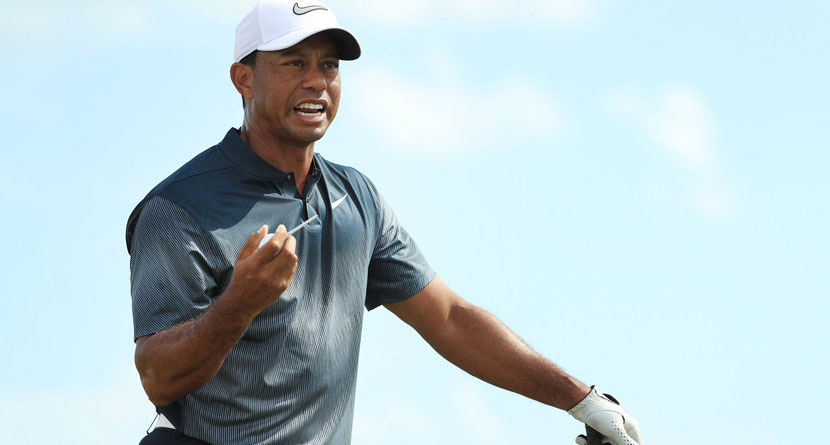 Tiger Woods is a four-time winner of the Green Jacket and considered the best golfer of this generation, if not all time with 79 tour wins and 14 major victories.

Woods, however, is counting his blessings coming into the Masters next week, an event he once dominated but has not won since 2005. He has been riddled by injuries that last several years and underwent spinal fusion surgery less than a year ago.

In a late Friday post on his website, TigerWoods.com, the 14-time major champion said that he is looking forward to playing in the best tournament in the world next week. He’s also grateful for this opportunity.

“I got a second chance on life,” Woods said. “I am a walking miracle.”

Woods went to Augusta last year for the annual Champions Dinner and said he couldn’t even swing a club at that time.

“I was debilitated,” Woods said. “It’s been tough just going to dinner. I’m not retired. Watching the guys and hearing their excitement about playing was difficult.”

Woods has returned to the Tour and has a pair of top-five finishes in recent weeks at the Valspar Championship and Arnold Palmer Invitational. Woods played Augusta for the first time since 2015 last week with two practice rounds with Bryson DeChambeau.

Playing Augusta was a challenge for Woods physically. It was cold and wet in Georgia after playing on the Florida Swing of the PGA Tour, and he had to adjust to the terrain.

“I’ve played basically flat courses,” Woods said. “Hitting off slopes and walking was different. The only real flat spots at Augusta are the tee boxes. You have to make constant adjustments.”

He is also one of the betting favorites, which is a source of amusement.

“That’s kind of funny,” Woods said. “Quite a shift. Six months ago the odds were I wasn’t even going to play.”

Woods signaled he was back in golf shape with stellar performances in his last two starts.  His recent outings are 12th at the Honda Classic, second at Valspar and tied for fifth at the API.

The anticipation is high that Woods will deliver at Augusta, the site of his first major title in record-breaking fashion way back in 1997.

Woods does have a goal for the tournament, just in case anyone forgets his motivation.