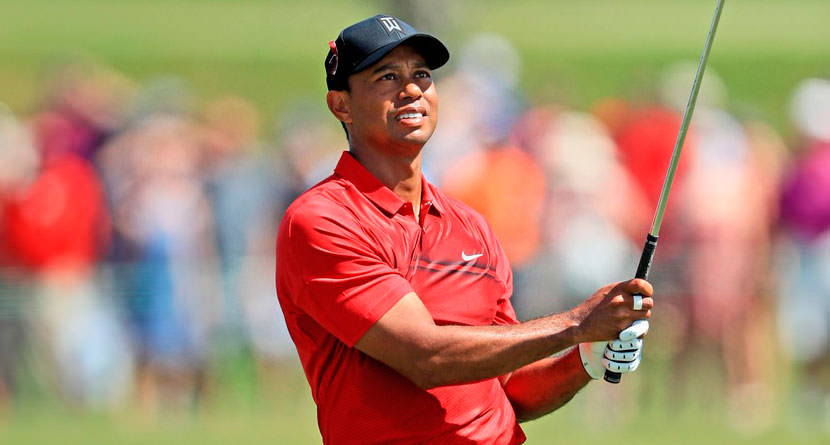 Tiger Woods has inspired a generation of golfers to play the way he does, but one of the most indelible marks he’s left on the game is some of his on-course quirks: the club twirl. For as long Tiger has had a camera on him, his ubiquitous club twirl has been a barometer for his shots’ quality shortly after they’ve left the clubface.

While often imitated, Woods’ particular aggressive club twirls are rarely duplicated, and as evidenced by a pair of Instagram videos posted by Woods’ friend, Ahmad Rashad, we now know why.

“First, hit the drive. I start it from right about here,” Woods says as he holds his recoiled follow-through. “Then I use my right thumb and I spin it.”

The right thumb revelation was news to one of Woods’ club-twirling protégés and best friends on Tour, Justin Thomas, who was hitting balls nearby on the range.

Thomas quickly surmised that his right thumb action was the impetus for his exaggerated twirl follow-through a la the 2009 Presidents Cup.

With Thomas engaged in the discussion as well, he also shared a club twirling tutorial with Rashad.